This has deepened the political crisis in the UK.

The senior British minister, known as Boris Johnson’s “right-hand man”, fired shortly after the removal of the caretaker Prime Minister.

This reported in a report on Thursday (July 6th) by the news agency AFP and the BBC.

According to the report, the name of the newly sacked UK minister is Michael Gove.

He was Minister of Housing, Community and Local Government in the Boris Johnson government.

He also known as Johnson’s right hand man in the implementation of Brexit.

The former minister called on Johnson to resign on Wednesday. He later fired by Boris Johnson.

Not only that, but Johnson’s close associates also referred to as snakes.

According to a BBC report, 10 Downing Street sources say snakes can never kept with you unless you have a major problem.

Not only that, he again happily told the media that you (British Prime Minister Boris Johnson) should stand aside. 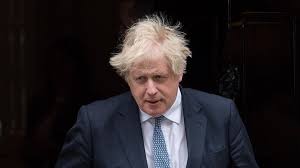 According to media reports, Michael Gove is known as influential leader of Britain’s ruling Conservative Party.

He has been the Conservative government’s education minister since 2010. He  later appointed Minister of Housing, Community and Local Government.

He has also played important roles in the team. Michael Gove also worked closely with Boris Johnson to bring Britain out of the European Union or implement Brexit.