The Taliban claimed victory on Monday over the Panjshir region, saying that all weapons from the resistance groups had been seized. However, the National Resistance Front denied the claim, saying that other areas in Panjshir remained under its control.

“Taliban’s claim of occupying Panjshir is false,” the NRF said. “The NRF forces are present in all strategic positions across the valley to continue the fight. We assure the people of Afghanistan that the struggle against the Taliban and their partners will continue until justice and freedom prevails.”

The NRF did not deny that Panjshir’s center had been captured by the Taliban. Social media photos and videos seemed to show the Taliban flag hoisted between buildings in what appeared to be the Panjshir governor’s office in the provincial capital of Bazarak.

Zabihullah Mujahid, a spokesman for the Taliban, said that their takeover of Panjshir’s province means the Taliban now control every province in Afghanistan. With the country now under their control, Mujahid assured the people of Panjshir that they will not face any discriminatory treatment. 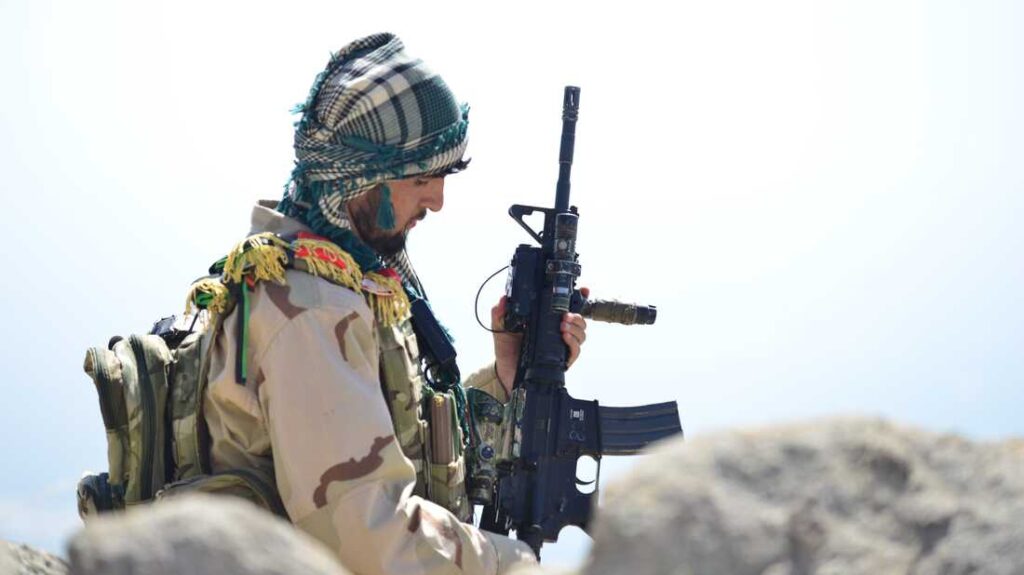 The Taliban has battled against the NRF for weeks since the group’s return to power on Aug. 15. The takeover happened as the United States pulled its military forces out of the country moments before President Joe Biden’s Aug. 31 deadline.

CLICK HERE TO READ MORE FROM THE WASHINGTON EXAMINER

The NRF said it reached out to the White House on Aug. 26 for help in resisting the Taliban but has not received any word back. Several Republicans have urged Biden to take action and help the resistance in their cause.