Abhishek Banerjee’s sister-in-law Menka Gambhir’s foreign trip is blocked by ED. He was detained at the Kolkata airport on Saturday night on his way to Bangkok. According to the Immigration Department, the Enforcement Directorate has issued a look out notice against him. Abhishek’s sister-in-law was kept sitting for about two and a half hours. Later ED officials came and summoned him. An appearance has been ordered next week. This incident has also started a political upheaval.

Menka Gambhir was supposed to go to Bangkok by Indigo flight at 9 pm on Saturday. He reached Dum Dum Airport at eight o’clock in the night. But then there is a problem. He was detained by the immigration office. It is informed that he cannot go abroad because of the ED notice. Meanwhile, the immigration department sent an email to the ED headquarters about Menka Gambhir’s foreign travel. And he was kept at the airport for two and a half hours. Then officials from ED’s Kolkata office came to the airport and handed him a notice. He has been directed to appear before the ED office next week. 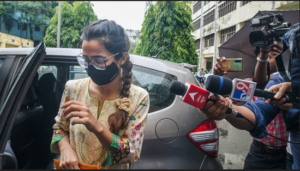 The Trinamool (TMC) termed the incident on Saturday night as political vendetta. In the words of MP Shantanu Sen of Ghasful Shibir, “The target is not Menka. Their real target is Abhishek. But we cannot be intimidated like this.” BJP spokesperson Shamik Bhattacharya said, “The thief police game like issuing notices, stopping foreign travel should be stopped. Now the investigators take action against the criminals.”

Abhishek Banerjee’s sister-in-law i.e. Rujira’s sister Menka Gambhir was already involved in the coal smuggling case. He was also summoned to Delhi by the Central Investigation Agency. Abhishek’s sister-in-law is again under the ED’s eye.