Ignoring the boycott culture, Alia-Ranveer’s ‘Brahmastra’ earned around Rs 160 crore worldwide in two days of release. This is what the production company Dharma Productions is claiming.

This movie based on Shiva-Isha’s love story has impressed the audience. Audiences have shared their feelings after watching the movie, mostly positive.

Pregnant Alia tied her waist to promote ‘Brahmastra’. However, he is not able to accompany Ranveer in all promotions due to pregnancy. Ranveer visited the hall alone on Saturday (September 10).

The excitement of female fans around Ranveer was palpable. Sharing that photo on Instagram, Alia wrote, “There is no greater weapon than love.”

According to the Box office India report, the Hindi version of Brahmastra earned close to Rs 68 crore in two days. And the total income of all languages ​​is like 76 crores. 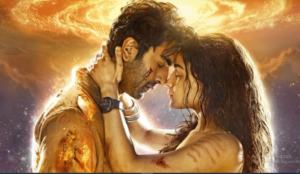 According to the production company Dharma Productions, the Hindi version of the movie earned Rs 37 crore on Saturday. Earnings in other languages ​​are like 3.5-4 crores. If we compare the worldwide box office, this figure is 160 crore rupees.

Alia is naturally excited about the success of the movie. On the day of the release, Alia thanked the audience by sharing a post of director Ayan Mukherjee on Instagram.

This movie has been in the works for the past five years. Apart from Ranveer-Alia, Amitabh Bachchan, Mouni Roy, Nagarjuna and others have acted in one of the most talked about films of Bollywood. Besides, Shahrukh Khan is in a special scene.