Hollywood pop singer Justin Bieber. The rock singer has been infected with a complex virus.

He can’t speak properly, he can’t even smile.

One side of his mouth is almost numb.

As a result, the singer canceled a few concerts in advance.

The fans could not understand anything in this incident.

The fans were also very upset. Meanwhile, Bieber himself explained why he was canceling the concert.

One side of Bieber’s face is completely ‘paralyzed’.

The eyes and nose are not working properly in the air part, at the same time it is very difficult for him to speak.

Can’t even laugh. Bieber said he was suffering from a “complex” virus.

Justin posted photos and videos on his Instagram on June 10. There, he said, he contracted a rare

ailment that left half of his face numb. 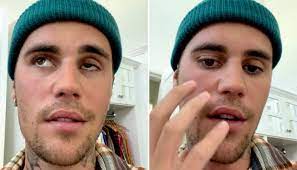 Justin shared the video after canceling his show in Toronto and Washington DC.

I love you and keep me in your prayers.

I hope my fans understand. ‘

It is unknown at this time what he will do after leaving the post.

So Justin Bieber has postponed all sorts of tours until he recovers.

The 26-year-old singer believes that if he gets enough rest and treatment, he will recover completely.

‘ on twitter. And another Justin Timberlake said, ‘Love brother.

I wish you a speedy recovery. “