Polish star Robert Lewandowski has been rumored to be moving to Spanish club Barcelona. That rumor is going to become a reality this time. Bargaining is going on.

Media reports: Allreds have released Mane for 42.5 million euros. So the German giants have no worries about leaving Lewandowski. Now it’s time to make a good profit by selling the Polish star.

They have offered Bar্সa 50 million euros for the Polish star. Such is the news of the sport in the Spanish media.

However, for a debt-ridden Barারa star, the cost is skyrocketing. So they are negotiating to reduce the amount of money. 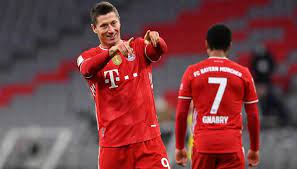 However, Bayern also has the opportunity to negotiate. They are waiting to hear the next offer from Bar্সa. According to sources, the Spanish giants want to sign the Polish striker for 40 million euros.

In the end, when the understanding between the two clubs is reached, maybe an official announcement will come.

💨Lewandowski left German club Borussia Dortmund in 2014 to join Bayern. After that, he started doing title-festival for the giant club. They have won eight consecutive league titles.

In addition to the Champions League title in the 2019-20 season, they have won the UEFA Super Cup and the FIFA Club World Cup.

The Polish star has played a direct role in winning these trophies. He has scored 344 goals in 365 matches for the club.

No other star footballer in the world has a record of more goals than him at this time. Last season, German legend Gerd Muller broke the record for most goals in a single game in the Bundesliga.

Suffering club Barাa will not want to miss the opportunity to bring in a striker who is in great form.🔱