UN Secretary-General Antonio Guterres has warned of a global mental health crisis. He said that currently 1 billion people in the world are suffering from mental health problems.

Announcing the release of a report on mental health on Friday (June 17th), he said that about one billion people around the world,

including millions of children and youth, are in a state of mental health crisis. Most of them are out of treatment.

“We are living in a state of mental health crisis,” 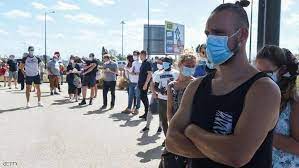 he said in a video message, releasing the report “Global Mental Health-2022: Transforming Mental Health for All.”

he added that the global economy alone costs an estimated ট্র 1 trillion a year due to frustration and anxiety.

Identifying the factors that have worsened the situation, he said the Kovid-19 epidemic has exacerbated mental health problems.

Antonio Guterres said it was a good thing that it led to greater awareness of the importance and fragility of mental health.

The UN Secretary-General warns that it is unfortunate that in most countries, mental health issues  neglected in health policy strategies.

This UN report will serve as a roadmap for different countries to improve mental health.

Antonio Guterres says it will focus on how things can  improved and achieved as needed, especially in the whole life system from childhood.

This will help reduce the risk. This report will remove the social barriers. He also recommended that governments and health-related countries use the report.🔱