Received the salary message at the end of the month. When I went to check, I saw that 26 times your salary has been credited to your account.

Then you will be surprised! Firstly, you can never want to believe. But in the Latin American country of Chile, such a thing actually happened with a young man.

The young man used to work in a well-known company in the country. He used to get a salary of around Rs 50,000 per month in Bangladeshi currency.

Like every month, when his salary is paid, he actually checks the message. But he could not believe his eyes. Because a salary of Rs 1.5 crore has been paid in his account, which is 26 times. 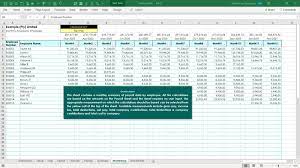 Although he was shocked at the beginning, later he contacted the concerned people in the organization. After checking everything, it is known that the authorities have made a big mistake.

The HR of the organization then contacted the youth again and requested for a refund. He also told me how to pay.

The young man also agreed. But after a while, the young man continued to show reluctance to return the money. Not only that, he also resigned from the job later.

Meanwhile, the organization authorities said that they are not looking for the young man at present. They were forced to take legal action against the young man.🔱