Sri Lanka also had a chance to win the first match. The Lankans would not win as the pace of the innings changed for raining. But they won the next two matches.

Today, in the third match, the Sri Lankans defeated Australia with Pathum Nishankar’s bat. Chasing 291 runs, they won by 8 wickets with 9 balls in hand.

Pathum Nishanka and Kushal Mendis then put together a huge 180-run stand.

Mendis left the field injured after hitting 6 off 65 balls. After that Dhananjaya Silva came down to bat. He scored 25 runs off 16 balls. 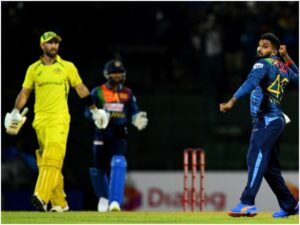 Pathum Nishanka was dismissed for 284 runs. This was first century in ODI of his career.

He played 147 balls and scored 136 runs. In this match He also hit two sixes with 11 perfact boundaries.

In the ending moment, Charith Ashalanka and Chamika Karunaratne left the pitch with 13 runs.