Batgirl aka Barbara Gordon is a popular fantasy genre DC Comics character. The American superhero movie ‘Batgirl’ is based on this popular character. But this much awaited movie will not released in any theatre.

The shooting of ‘Batgirl’ has already completed. It  expected that the movie would submitted to HBO Max this year.

After this came the surprising announcement. Warner Brothers, the producer of ‘Batgirl’, said that the film will not released in any theaters or on digital platforms.

The unusual announcement comes after a change in leadership at Warners. David Zaslav, CEO of the newly formed Warner Bros.

Discovery, has prioritized cost-cutting and asked Warner to refocus on making theatrical films instead of streaming, as former WarnerMedia CEO Jason Keeler had wanted. 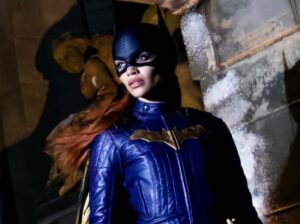 Batgirl had a budget of around $80 million, which  reduced to around $90 million due to Covid-19 protocols. This is a hefty figure, but significantly less than DC’s theatrical release.

According to reports, the film directed by ‘Miss Marvel’ and ‘Bad Boys for Life’ director Adil El Arabi and Billal Falla stars Leslie Grace in the lead role.

In 2021, Warner Bros. decided to make the feature film exclusively for HBO Max.

The decision to shelve ‘Batgirl’ is still a big shock to those concerned. Because studios never direct productions, they expected to return at least some of the resources invested.

But in this case the picture reversed. It’s unknown what ‘Batgirl’  in store, but Warner Bros. still conflicted about what to do about ‘The Flash.’