Fears of a hard Covid lockdown sparked panic buying in Beijing on Monday, as long queues for compulsory mass testing formed in a large central district of the Chinese capital. 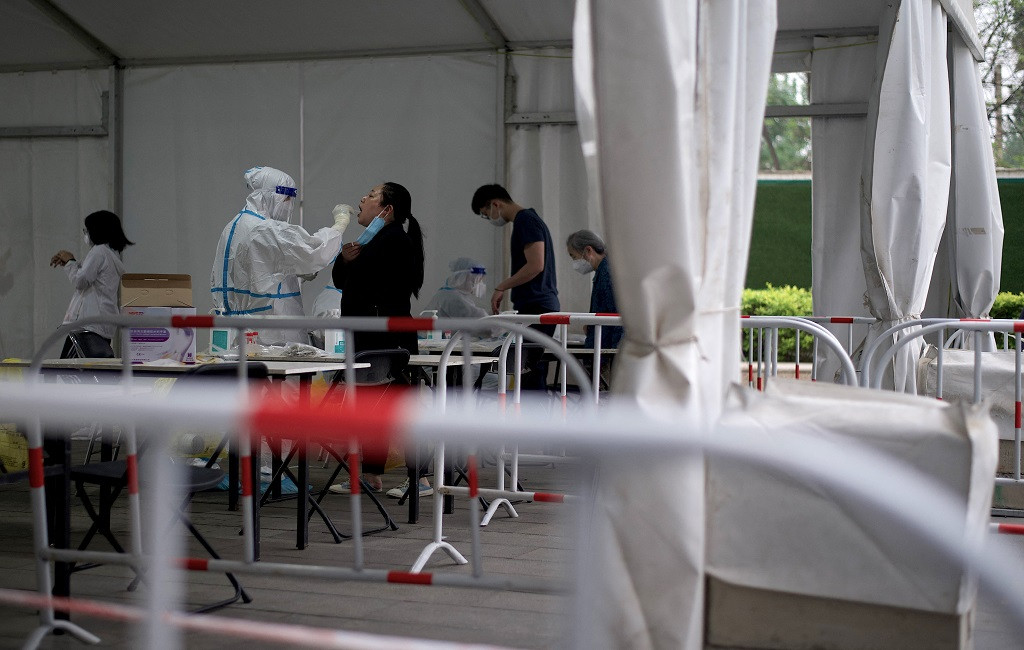 China is already trying to contain a wave of infections in its biggest city Shanghai, which has been almost entirely locked down for weeks and reported 51 new Covid deaths on Monday.

Shanghai has struggled to provide fresh food to those confined at home, while patients have reported trouble accessing non-Covid medical care — and the rising cases in the capital triggered fears of a similar lockdown.

Downtown Beijing’s most populous district Chaoyang, home to around 3.5 million people, ordered mass testing from Monday for residents and those coming to work there. The area hosts embassies and the headquarters of many multinational firms.

Queues snaked around malls and outside office complexes as people waited to be swabbed by health workers in protective gear.

“If a single case is found, this area could be affected,” said office worker Yao Leiming, 25, as he headed for a testing site in Chaoyang with a group of colleagues.

The mass testing order, and warnings of a “grim” Covid situation in the city, sparked a run on Beijing’s supermarkets overnight as residents rushed to stockpile essentials.

Many items on grocery delivery apps sold out on Sunday night after the testing order was announced, but stocks were replenished on Monday.

Beijing health official Pang Xinghuo said at a press conference on Monday there had been 70 infections across half the city’s districts since Friday, saying the “distribution area of infected people… has expanded.”

Officials told residents not to leave the city for the upcoming five-day May public holiday or join group gatherings.

Around 40% of Monday’s scheduled flights from the capital’s airports were cancelled, according to flight tracking data.

“Adults can survive for a few days, but it’s not the same for children,” Zhao, who only wanted to be known by his surname, told AFP.

Wang, another supermarket customer, said she was concerned that “things will become like in Shanghai.”

“People are anxious… everyone is snapping up goods and we’re worried that items might run out,” the 48-year-old Chaoyang resident said.