“We will not be broken. We will get back up and we’ll stay on the world stage,” Biden said, addressing ASEAN after Trump decided to pull out of a summit with regional leaders in Singapore this week. “The relationship is bigger than one president.”

Biden’s comments were interpreted by the globalists running the narrative that Trump did not have good relationships with other world leaders. Yet it seems that the gap between Trump and other world leaders is a gap that has been established by former President Obama’s administration, who had a penchant for putting America last. This gap was inherited by President Trump, but I have no doubt he will be able to fill it in due time given his track record so far. In South Korea, President Trump showed unparalleled confidence when meeting North Korean dictator Kim Jong-un–as seen here in this official White House video which has been deleted from Twitter. 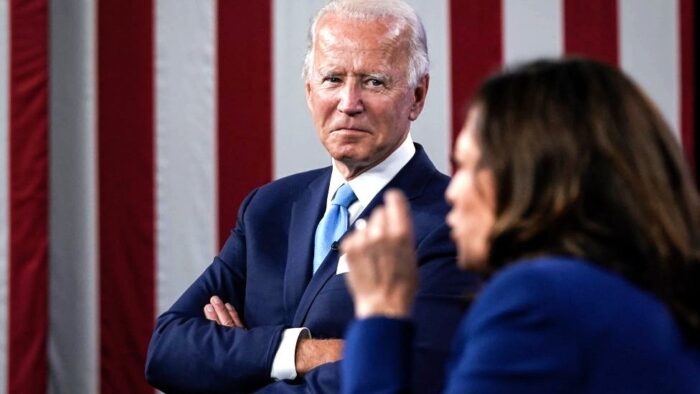 When President Trump was asked by a reporter if he would be open to removing US troops stationed on the Korean peninsula, he simply stated “We will see about that.” He then added, “But we’ll be saving a tremendous amount of money plus I think it is very provocative.”

It was this kind of talk that led Trump to meet with Kim Jong-un in the first place. As seen above, North Korea has been an aggressor toward South Korea for some time–to the point where they are likely actively trying to annex their neighbor country at this point. There is no good reason for the US to continue stationing troops around North Korea. If South Korea really wants us there, I’m sure they can find the money to pay for our military presence that isn’t needed any longer.

President Trump has done well with his China policy as seen by this tweet where he says he has “ZERO doubt that if President Xi (Jinping) wants to quickly and humanely solve the North Korean problem, he can do it.” Later in this tweet you see him say how there are no trade issues with China. This shows good relations between Trump and Jinping–something only strengthened after Trump’s meeting with Kim Jung-un.

After the meeting, China called it a “starting point.” President Trump then said that he has “confidence that Kim Jong-un will honor the contract we signed & even more importantly, our handshake. We agreed to the denuclearization of North Korea.” So what kind of contract did these two sign?

Trump later tweeted this photo which you can see below.

President Trump and Kim Jong-un signed the denuclearization contract which was requested by North Korea. This is why they met in Singapore to begin with–and it’s only because of President Trump that this meeting occurred. It’s better than nothing, but we should remain skeptical as I’m sure other deals have been signed in the past with North Korea which led to nothing.

Biden’s statements can be seen as a wholehearted endorsement of President Trump and his foreign policy. It seems that he is saying we will not stand for North Korea or any other country threatening us, and we will continue doing what we think is right. I don’t know how the media will spin this, but I know they won’t be able to no matter how much they try. The President’s foreign policy is working and it’s only a matter of time before he reaches his goal of denuclearizing North Korea entirely.