At a White House service respecting the Brilliant State Heroes, 80-year-old President Biden got down on one knee for a photograph operation with the title group, yet VP Kamala Harris would not twist the knee, saying “I’m not doing that.”

After the Fighters gathered for the photograph on Tuesday, Biden and Harris remained before the group, which has come out on top for four titles in eight years, and seemed to talk about where they would present.

“Listen for a minute,” Biden told Harris prior to twisting down on his right knee, making a thumbs up signal.

The VP chuckled and said, “I’m not doing that,” prior to taking a spot between players Steph Curry and Andre Iguodala.

After the shot, Biden stood up and moved into a squatting position as the group let out a cheer.

Joe Biden evokes a response from the Brilliant State Champions after he drops to one knee before Kamala Harris for an image with the group.

Harris specifies “I’m not doing that” as she stays standing pic.twitter. 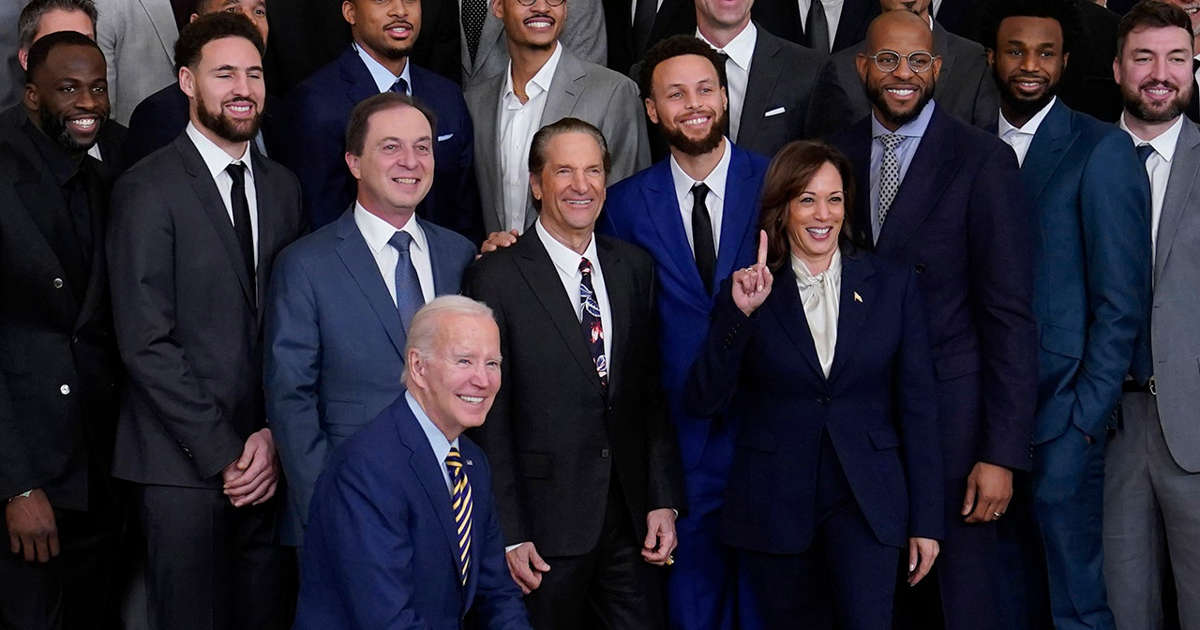 During the service, as Biden invited the group to the White House, he evidently blundered the way to express the VP’s name.

“As Kamala said, all of us are intently checking the tempests, the floods, the avalanches all over California,” Biden said, saying his second-in-order’s name like “CAM-a-la” as opposed to the legitimate “COMMA-la.”

“That would be — we’ll return — ideally, we’ll have the option to return and check and check whether it’s up there,” Curry said.