Recently, after leaving the BJP (Bharatiya Janata Party), JDU chief Nitish Kumar once again came to power in Bihar with the help of RJD and Congress. But since then, the discomfort of the Chief Minister of Bihar seems to be increasing continuously. Many leaders and ministers are currently joining the BJP due to the conflict within the party, and in the midst of this, the agriculture minister of the Nitish government spoke openly about corruption. Naturally, this incident created a sensation in the entire state.

yesterday the controversial comments of the agriculture minister of the state made the speculation even more evident. 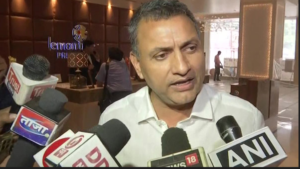 In this case, allegations of illegally selling government rice against Sudhakar Singh also surfaced in the past. This case of 2013 created sensation all over the state. Later, Nitish Kumar’s police even filed a case against Sudhakar Singh. However, how did Nitish Kumar appoint that leader as the agriculture minister in his cabinet, many question marks have already been raised.