Bright images of Neptune sent by the James Webb Telescope
After three decades, a new picture of Neptune came forward. NASA’s James Webb Space Telescope has sent a series of images of this last planet in the solar system. Such clear, sparkling images as these have not been available in the last 30 years. James Webb’s new images have sparked curiosity among space scientists.

The distance of Neptune from Earth is 430 million kilometers. James Webb sheds new light on this planet covered in thick ice sheets. Neptune’s rings are clearly visible in telescope images. Scientists have been interested in Neptune’s rings for a long time. But due to the lack of suitable technology, it was not possible to observe the four sides of the rings of such a distant planet.

Neptune was last photographed in 1989. Then the images taken by NASA’s Voyager 2 spacecraft showed Neptune’s rings. Researchers have not seen this ring since then. So the interest between them is high around James Webb’s picture. 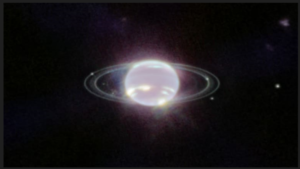 According to experts, the image of Neptune’s rings that was seen three decades ago was too blurry. The James Webb Space Telescope has sent back many clear images. This image will greatly advance the study of Neptune’s rings.

As far as Earth is from the Sun, Neptune’s distance is three times that. This planet orbits in a dark region in a corner of the solar system. Scientists say that there is very little sunlight. Neptune’s noon is equal to Earth’s twilight. Some call Neptune an ice giant. From space, the planet appears dark purple in color. Along with this, a kind of bluish glow can be seen on the surface of this planet. 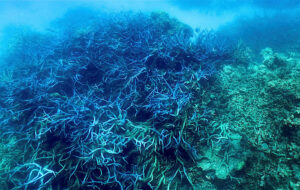