The California governor has urged caution after a recent uptick in the number of cases of a respiratory virus that has spread across the western United States. Governor Jerry Brown said Sunday that We ought to take what we know and learn more information before we make any decision.” The governor’s comments came two days after he declared an end to the state’s public health emergency over what is commonly called enterovirus D68, or EV-D68.

I am urging everyone – young and old – to take precautions with hand washing, avoiding contact with those who are ill, covering coughs and sneezes, Brown said in his statement.

California has seen 127 cases of the respiratory illness since mid-August, according to state public health officials.

Brown said Sunday that he wants to make sure his caution does not create a panic or lead to more people catching the virus from those who are already infected. He urged Californians to use your best judgment and follow common sense. 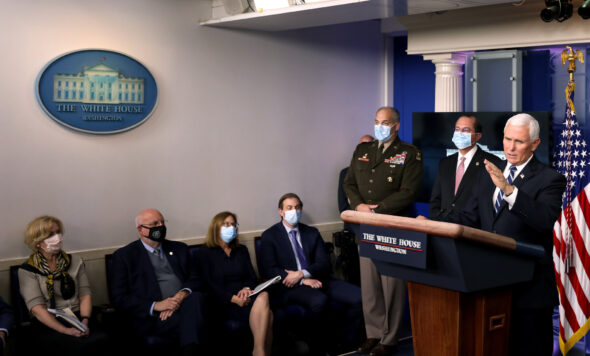 I want to encourage Californians not to be afraid or discouraged about this virus, but to take some commonsense precautions, Brown said in his statement.

The EV-D68 outbreak first came to light last month when hospitals in Colorado noted an increase in severe respiratory illness among children. Health authorities have confirmed the presence of the virus in more than 700 people across 46 states and the District of Columbia. The virus usually causes only mild illness, but appears to have caused a more severe form of respiratory illness in many children recently affected.

In response to concerns from parents about potential health risks at schools, some California school districts have opted to temporarily close.

On Wednesday, officials closed all public schools in Baldwin Park Unified School District in the San Gabriel Valley area of Los Angeles County after a child tested positive for EV-D68.

The school district’s statement said that all students who attended the campus since mid-August would need to provide physicians’ notes stating they are free of symptoms before returning to school.

Several school districts in other states have taken similar steps since the outbreak began.

The Centers for Disease Control and Prevention has said it knows of no vaccine or specific treatment for EV-D68 infections. But the CDC says doctors can provide supportive care to help relieve symptoms, which may include respiratory problems, difficulty breathing or wheezing.

The California Department of Public Health reported late Friday that they are working with the CDC on a case-by-case basis to test specimens from children who were hospitalized for severe respiratory illness and had recently visited the state. Brown said Sunday that there was no epidemiological link between the children who have tested positive for the virus in California and those who live in other states.

EV-D68 has caused clusters of respiratory illness across the nation. The H3N2 influenza virus also is circulating, but flu season typically runs from December to March.