China’s foreign minister Wang Yi arrived in India on Thursday for talks with his Indian counterpart, the highest-level visit by a Chinese official to the country since border clashes soured relations two years ago, local media said. 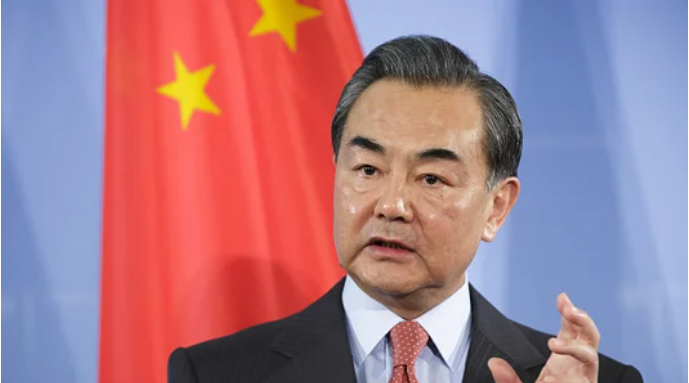 There was no official confirmation of Wang Yi’s visit by Indian authorities, which comes after New Delhi rebuked the Chinese minister for remarks made in Pakistan this week concerning the disputed Kashmir region.

Relations between the two nuclear armed Asian powers turned chilly two years ago after a deadly border clash in the Ladakh region of Kashmir, and Wang would be the first high-level Chinese official to visit since that time.

Attending a conference of the Organization of Islamic Cooperation (OIC) in Pakistan on Tuesday, Wang said that “China shares the same hope” as the OIC on Kashmir, a Muslim majority region which both India and Pakistan rule in part but claim in full.

India has been fighting an armed insurgency in Kashmir for decades and the OIC has long advocated Kashmiris’ “inalienable right to self-determination”.

“We reject the uncalled reference to India by the Chinese Foreign Minister Wang Yi,” the Indian foreign ministry said in a statement late on Wednesday.

“Matters related to the Union Territory of Jammu & Kashmir are entirely the internal affairs of India. Other countries including China have no locus standi to comment. They should note that India refrains from public judgement of their internal issues.”

India has controlled nearly half of Kashmir since a war that followed independence from Britain in 1947, including the heavily populated and prized Kashmir Valley. Pakistan controls around a third. China holds the remainder and has long backed Pakistan in its rivalry with India.

An Indian government source told Reuters, that Wang would meet India’s Foreign Minister Subrahmanyam Jaishankar and National Security Adviser Ajit Doval on Friday, and that while the agenda was unclear, talks on the Ukraine conflict were expected.

China and India fought a brief but bloody border war in 1962. Relations became fraught again in June 2020, when 20 Indian and four Chinese soldiers were killed during a high-altitude clash in a disputed section of the western Himalayas.

Aside from the tensions in the Himalayas, India’s mistrust of China stems from Beijing’s support of old foe Pakistan, the competition for influence in Nepal, and concern over China’s economic clout in Bangladesh, Myanmar and Sri Lanka.