He was speaking after the swearing-in of Hong Kong’s new leader John Lee on Friday.

On July 1, 1997, China got control power of Hong Kong from the United Kingdom.

According to the agreement with the United Kingdom, the ‘One Country,

Under this, China pledged to maintain full autonomy,

unfettered individual rights and judicial independence in the region until 2048. 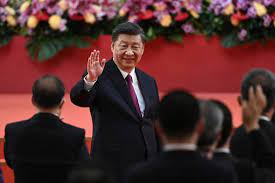 Friday marks the 25th anniversary of Hong Kong’s handover of control to China.

Xi Jinping will visit Hong Kong on Thursday to mark the occasion.

He attended the swearing-in ceremony of the region’s leader John Lee on Friday.