Only great fights generate the type of electricity that we saw Saturday night at Staples Center in Los Angeles. The fight was a thriller and Fury had to rally from behind to earn the victory. This will go down as one of the most memorable heavyweight fights ever, and it is sure to be talked about for many years to come.

Unified champion Anthony Joshua was ringside for the fight. He said that he would be willing to face Fury after his April 13th unification against WBC kingpin Deontay Wilder, but Fury has now changed his tune. I don’t even want to think about fighting him now, Fury said moments after last night’s victory.

I can’t be bothered with Joshua. I don’t want to let the fans down against Wilder, but all of that talk is irrelevant now.

Fury believes that winning the title from Deontay Wilder would make him the lineal champion at heavyweight, and he would have to come back down in weight for a bout with Joshua.

I have to come back down in weight because I am a small heavyweight since I beat the big guys, he said.

I believe that if Wilder beats me convincingly at the rematch, Joshua would have no choice but to fight me next. But before thinking about Wilder or Joshua, Fury will spend time with his family after this grueling twelve-round battle.

Fury said that he was never hurt during the fight, but he feels like he got hit by a car at times after throwing so many punches. The Englishman said that Wilder’s power didn’t scare him and that his punches were not anything special. 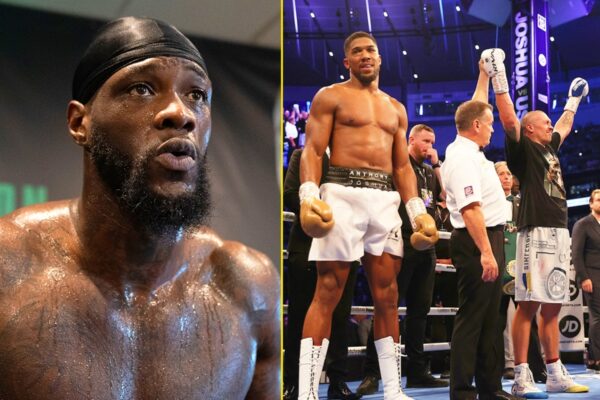 I did get buzzed a few times, but I was never hurt. He is strong and durable, Fury said.

But the punches were not that hard. He does not have big power at all…He hits hard enough to keep you on the seat of your pants, but he does not hit as hard as people say he does.

I do think Wilder takes some big shots, but he can’t take as much as people think.

Fury confirmed that he would like to face Wilder again at the Staples Center.

I want to fight him in America again because I felt more at home here tonight, Fury said.

There were a lot of traveling fans rooting for me and I feel that I had a positive result. I think it would be amazing to fight Wilder in his home country again.

After the fight, Fury said that Wilder is not on his level and urged the American to retire from boxing. But he didn’t have any harsh words for his British rival Anthony Joshua.