11 Ways to Stop Climate Change from the Federal Government

Climate change is a significant challenge with big implications for Australia’s environment and economy. So what can we do about it? In 2016 the Australian Government released its National Strategy for Climate Change Adaptation, which sets out how we can better manage for climate change-related impacts on our land, waters and oceans. The strategy also presented 11 initiatives aimed at tackling climate change through reducing emissions and adapting to our changing environment. These are discussed below – but first, here’s what you need to know: * Around 93 per cent of greenhouse gas emissions in Australia come from burning fossil fuels (coal, oil and gas) * Coal generates 40 per cent of Australia’s energy supply; 65 per cent of this is exported * In 2014, the value of Australia’s coal exports was $44 billion * According to a 2015 Treasury report, climate change could have an impact on Australia’s economy. For example, damage resulting from natural disasters such as floods and cyclones costs around $9 billion a year . Climate change will also affect our ability to produce goods and services. The Great Barrier Reef is one area that may be affected by increased water temperatures if we continue down the path of inaction. [1] [2] [3]

See also: ‘Will Coral Survive Global Warming ?’ (BBC Documentary) Australian National University Climate Centre How much has sea level risen in different parts of Australia? Reducing While everyone can play their part in reducing climate change, a strong national policy can make a real difference. The Australian Government has identified the following 11 initiatives to reduce emissions and adapt to climate change: 1. Maintain Australia’s Renewable Energy Target – which dates back to 2008 – at 41 terawatt hours (TWh) by 2020. The Greens have called for it to be increased to 100 per cent by 2035 [4] 2. Introduce an Emissions Intensity Scheme for heavy industry 3. Phase out coal-fired power stations over 15 years 4. Implement a ‘whole of economy’ approach 5. Set energy efficiency standards 6. Promote zero net emission vehicles 7. Provide incentives for clean transport 8 . Deliver ‘Green Army’ projects and invest in coastal resilience 9. Restore and protect forests 10. Enhance carbon sinks 11 . Improve soil carbon A zero net emission vehicle.

Will we see a new coal mine built under the Queensland Government’s reign? (photo: Wikimedia ) The Coalition has committed to meeting these targets as far as possible; some will require significant policy change and thus can be delayed or abolished by future governments. For example, there is currently no price on carbon, which would put a direct cost on emitting greenhouse gasses into the atmosphere i nstead of investing in renewable energy sources such as wind and solar . Coal is still our number one export earner – but China recently announced it will invest more in renewable energy rather than coal i n the future . 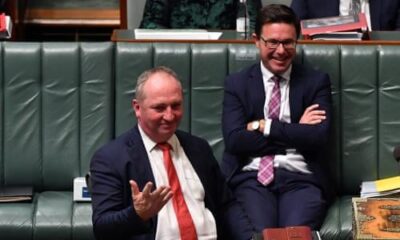 As always, watching what our leaders are doing is a good way to understand their position on climate change. In August 2016, Federal Minister for Industry , Innovation and Science, the Hon Christopher Pyne MP , announced a new $4 million research grant over four years which will look at using algae as a fuel source. This follows a funding round in April 2016 that provided $8 million for 14 research projects investigating how different technologies can reduce carbon emissions from coal-fired power plants . [5]

In contrast, Federal Labor has pledged money towards developing the Latrobe Valley as a hub for clean technology if they are elected next year. This signals an interesting shift from previous policy – it wasn’t long ago that the major parties were competing to see who could offer more support for coal-fired power plants .

The Greens have laid out a plan called ’10 steps towards powering Australia 100% by Renewable Energy’, which includes 10 policy decisions including increasing investment into renewable energy, establishing an independent Climate Change Commission and setting emission reduction targets . The Australian Renewable Energy Agency would be restored to its original purpose – supporting renewable energy research, development and demonstration. Fossil fuel subsidies would be phased out over five years under the proposed policy. [6]

Coal is still our number one export earner – but China recently announced it will invest more in renewable energy rather than coal i n the future .