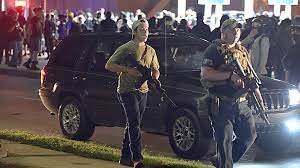 Dissection results delivered Monday show a 47-year-elderly person killed by Nashville police this fall was shot multiple times after he started shooting at them with an AR-15.

The shooting occurred at a Days Inn on the 3400 square of Percy Priest Drive, as per the Tennessee Bureau of Investigation, which is exploring.

Nashville police said Adrian Cameron, 47, was lethally shot by police after he started shooting at officials at the Days Inn on the 3400 square of Percy Priest Drive.

The evening of his demise, the Metro Nashville Police Department looked for Cameron for addressing in regards to the passing of a Lebanon man, whose body was pulled from the Cumberland River enveloped by garbage sacks. Police said the man, distinguished as Wilson County inhabitant Josh Evans, had been shot.

MNPD investigators and individuals from a SWAT group showed up at an inn were Cameron was remaining to serve warrants on him and capture him, McClain wrote in his dissection report.

After rehashed orders to give up, Cameron left the room and quickly terminated down on officials in the lodging’s parking area, as per the TBI. Three SWAT officials returned fire, striking him.

The decedent was obviously struck by gunfire then, at that point, put in binds,” the post-mortem report peruses. During a battle, a police canine unit was supposedly used. Crisis work force were called while revived guide was delivered.

Cameron was likewise needed for a state parole infringement, MNPD representative Don Aaron said in a video delivered after the shooting.

Police accepted Cameron had data about the case, had apparently undermined observers and was known to be outfitted, Aaron said.

MNPD said a 16-year-old relative of Cameron is likewise needed on charges associated with Evans’ demise.

The adolescent was not in care as of Monday, police said.