Bayern, which won its 10th league title in a row on Saturday, is making it harder for TV executives to sell the product to a tired audience, and that could ultimately end up damaging the club itself. 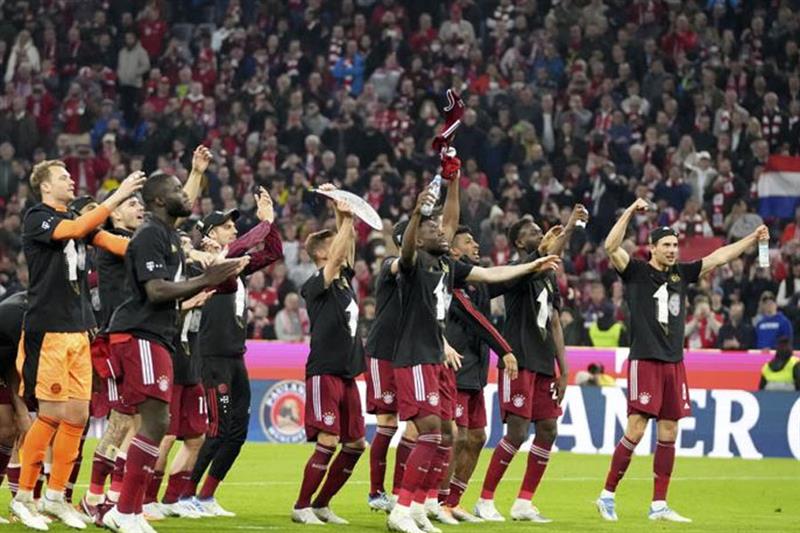 “It’s not good, no question. It’s also not so good for Bayern that that they are champions again so early,” former Bayern captain Philipp Lahm said after Saturday’s 3-1 victory over Borussia Dortmund. “It can happen that they win it again, but it has to be closer, that the Bundesliga remains exciting to the last and is not always decided four games before the end.”

With the latest victory, its eighth consecutive league win over its main rival, Bayern is 12 points ahead of Dortmund with three games remaining.

“Over the last 30, 40 years, Bayern just has this winning culture. They have this kind of extra push when it really matters to step it up and make sure that nobody gets close to them,” said Klinsmann, who referred to Bayern’s financial ability to snap up opponents’ best players.

“This is what Bayern Munich does so successfully,” said Klinsmann, who himself joined as a player from Tottenham in 1995 and took over as coach in 2008.

He said it is “almost impossible to say no” to Bayern.

“That’s something that they earned over the last 20 or 30 years, that kind of sentiment, that kind of a privilege. That’s why it is so difficult for the other clubs to catch up with them,” Klinsmann said. “We wish that we have a bit more drama up there.”

Dortmund coach Marco Rose was dismayed that his team could not mount a stronger challenge.

Dortmund’s preparations for next season were already underway with defender Niklas Sule’s switch from Bayern confirmed. Dortmund is also reportedly on the verge of signing Germany internationals Nico Schlotterbeck and Karim Adeyemi from Freiburg and Salzburg, respectively. Striker Erling Haaland, however, is expected to depart after his injury-marred season.

“I think we should all try to make the championship more exciting and try to trip the German champions next year,” Rose said. “Borussia Dortmund will definitely be one of the first to try.”