The Ebola virus has caused the death of more than 11,000 people in West Africa since it first emerged in 2014. Now, a new case has been confirmed in Eastern Congo and many residents are worried about their health and safety. The World Health Organization (WHO) is monitoring the situation closely to see if the disease will spread further into other areas. Find out how this outbreak affects you and your family on our blog today!

The World Health Organization (WHO) reported a new case of the Ebola virus in Eastern Congo today. A 33-year-old man from Mangina displayed symptoms after he carried sick and dead pigs from a market to his home. Although there haven’t been any human beings infected, his family members are currently under quarantine.

The virus can spread easily through bodily fluids, so health care officials are trying to stop the disease before it infects more people in East Congo. The previous Ebola epidemic left thousands of citizens dead and affected four countries (Guinea, Liberia, Mali, and Sierra Leone). Health organizations around the world collaborated to create a vaccine that can help minimize the deadly outbreak. 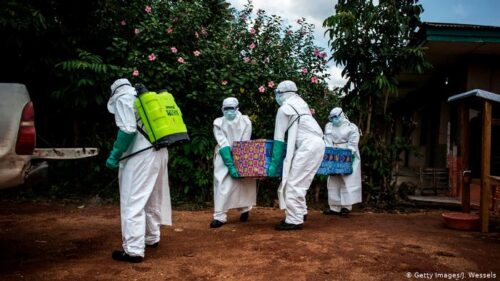 More than 11,000 people died from this disease in West Africa between 2014 and 2015. Congo declared an end to its Ebola epidemic in July 2016, however, there have been more than 30 other outbreaks throughout the past decade.

The Ebola virus can remain active in certain environments for a long time. The blood, body fluids, or tissues of a person who is infected can contain the virus even after he/she recovers from the infection. To keep this from happening again, people must be aware of the possible symptoms to look for.

People are encouraged to report any symptoms that resemble those of Ebola, such as sudden fever, fatigue, muscle pain, headache, and sore throat. A rash, red eyes, hiccups, and vomiting may also occur before the onset of fever. If you have any concerns about your health or safety in this area, please contact your doctor immediately!