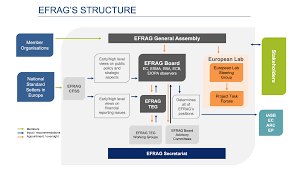 The European Central Bank (ECB) has appointed 30 members to its new Digital Euro Advisory Group. The group will advise the ECB on the impact of digital innovation and how it is shaping society and economies in Europe, as well as providing input for future monetary policy decisions.

A key function of the advisory group will be to identify potential risks related to virtual currencies, such as Bitcoin; assess their implications for financial stability; and provide guidance on whether they should be regulated within existing frameworks or not.

The new Digital Euro Advisory Group includes a broad range of experts from academia, central banks and financial institutions. One of its members is Osman Rashid, the CEO and co-founder of London-based currency exchange FxPro

As recently as five years ago, many people didn’t even know what Bitcoin was now we have central banks showing interest in virtual currencies and their impact on society. This is a significant milestone in the path of cryptocurrencies going mainstream,” Rashid said.

Bitcoin has come a long way from being a misunderstood experiment to a disruptive technology which central banks can no longer afford to ignore, he added.

The Digital Euro Advisory Group was set up by the ECB in May 2015. The group will meet twice a year to discuss the latest trends in digital innovation, its impact on society and economies, and also shape possible future decisions by the ECB.

In this context, one of the main objectives is to monitor relevant technological developments that could have an impact on monetary policy and financial stability, says Daniel Heller, a member of the advisory group and a Senior Fellow at the Peterson Institute for International Economics in Washington. The formation of a Digital Euro Advisory Group is therefore a logical albeit very welcome step, he said.

As far as the impact of virtual currencies is concerned, Heller thinks that developments are still at an early stage. Virtual currencies could pose a challenge for central banks because they remove part of the control over the money supply, leaving them with little influence on interest rates, he said.

However, Rashid points out that if central banks manage to create state-sponsored virtual currencies which are widely accepted and secure, this would not only solve the anonymity issue but could also make them suitable for everyday use by consumers and businesses.

If central banks fail to promote such initiatives rapidly enough, they run the risk of losing part of their monopoly on money issuance and transactions processing, he said.

The new group has the official status of ‘European Union Group for consultation’ and will be composed of up to 30 members. It will meet twice a year at ECB premises in Frankfurt, and its meetings will be public unless otherwise decided by the Governing Council.