The family of a black man in Louisiana who was shot and killed by a white deputy said they feel partial justice after the officer’s conviction on manslaughter charges. The family of 24-year-old Jeremy Mardis, who was pronounced dead at the scene, said they want to move forward following the Thursday verdict.

We’re glad that we got justice for Jeremy Mardis. We’ll never be over this, said Cathy Mardis, the victim’s grandmother. I looked at him and I raised him like he was my own son. Me and Jeremy’s dad both raised him because I lost a son so me and his dad stepped in and took over for the both of us.

The jury found Derrick Stafford guilty on 20 counts including manslaughter and attempted manslaughter after three days’ consideration. The Advocate reports the former Marksville deputy marshal now faces a mandatory life sentence with hard labor without benefit of parole, probation or suspension of sentence. 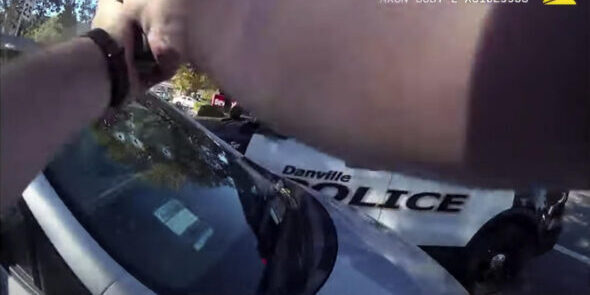 Greenhouse and Stafford were moonlighting as deputy marshals on the night of Nov. 3, 2015 when they pursued a vehicle driven by Christopher Few after he allegedly fled an Avoyelles Parish readily identifiable law enforcement patrol vehicle. The officers fired 18 shots at Few’s SUV, wounding him but also hitting his son Mardis, who was seated in the front passenger seat.

Four of 18 shots fired hit Jeremy Mardis, who died from multiple gunshot wounds to the head and torso.

G eneral District Judge William Bennett declared a mistrial for Stafford on a second-degree murder charge related to Few’s alleged attempt to ram into the officers with his car. The Advocate reports that after two days of deliberation, jurors couldn’t reach a unanimous verdict on that charge.

Defense lawyers argued Few had sped off and that the officers acted in self-defense. Defense attorney Jonathan Goins acknowledged Stafford did wrong, but he asked jurors to consider his client’s life. He said they couldn’t blame him for doing his job, according to The Advocate .