It has been 20 years since Brazil last won the World Cup. At this time, along with the Copa America, Confederation League title, the elusive Olympic gold was also caught in the hands of the Brazilians. However, the regret of the World Cup is not matched by anything else for the Brazilians. However, Ricardo Kaka, a member of Brazil’s last World Cup-winning team, sees good prospects for Brazil in the 2022 World Cup. According to him, being a balanced team, the five-time champions will have a good chance if Neymar can play independently.

According to him, the presence of many stars in the team is good for both Neymar and the team. He believes Neymar’s performance will be better if he plays without pressure. 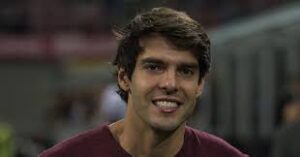 “It’s very beneficial for him (Neymar),” Kaka said. Because now he can calmly and systematically advance his game. He can show what everyone wants. He is a results player. Can build the luck of the match whenever you want. So in my opinion, it (presence of youngsters) will help a lot.’

Apart from Neymar, the presence of Tite has also made Kaka optimistic. Kaka thinks that before this World Cup, coach Tite has been able to build a good team. And he thinks it was a good decision for Brazil not to send Tite off after losing against Belgium in the last World Cup.

He said, ‘After the 2018 World Cup, I think everything is going well under Tit. In Brazil, a coach usually only gets one World Cup. The same happened in the assignment of Tit. He took over two years before the World Cup.

He added, ‘Tite can now proceed with different plans with different parties. He has seen many players grow himself. So these processes together have been good for Brazil.

The statistics speak for Tit. After he took over, Brazil qualified for the World Cup twice from the top. In addition, they also won the Copa America title by defeating Peru in 2019. He also played in the 2021 Copa Final. However, they have to be happy as runners-up after losing to Seva Argentina.