A lady named a genuine Barbie has been prohibited from a medical clinic ward for a year subsequent to attacking three crisis laborers.

Kerry Miles, 37, from Silver End, Essex, has burned through £300,000 on superficial medical procedure to make herself resemble the well known plastic doll.

She was viewed to be blameworthy last month of three counts of attacking a crisis specialist, one of criminal harm and one of driving without due care and consideration.

Miles was condemned on Monday at Chelmsford Magistrates’ Court to about four months in jail, suspended for a considerable length of time.

She was likewise prohibited for one year from visiting the emergency clinic ward where the episode occurred and requested not to contact any of the casualties for the situation. 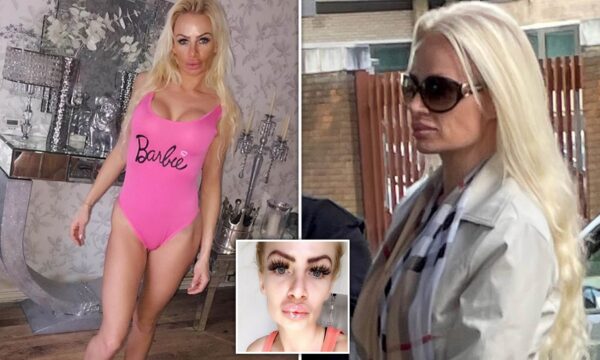 Her preliminary heard that Miles had assaulted NHS staff during a visit to an old relative at Broomfield Hospital in Chelmsford.

She was told by staff her visit, in August 2020 after COVID visiting limitations had been lifted, was outside her organized hour opening.

The court heard that Miles tossed envelopes and a PC screen at an attendant, leaving her with serious swelling to her arm.

She then, at that point, tossed hot plates across the ward, which had up to 30 old patients.

Jacqui Dankyi, arraigning, said a NHS laborer educated Miles regarding the limited occasions and the “right time allotment seemed to have bothered the respondent.

The examiner said: “Minutes after the fact the litigant has become fomented, yelled and sworn.