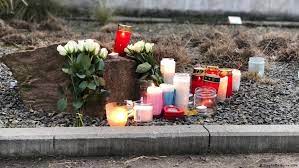 A 18-year-old science understudy started shooting in an auditorium at Heidelberg University in Germany on Monday, lethally injuring one more understudy and harming three others prior to shooting himself dead, authorities said.

Mannheim police boss Siegfried Kollmar said the shooter had been found with 100 extra slugs in his knapsack and it was not satisfactory why he had quit shooting, yet officials were sure he had been acting alone.

Police have looked through his home in Mannheim, in southwestern Germany, yet it was too soon to identify an intention, a state investigator told a similar news meeting.

The shooter had purchased two firearms, including a twofold barrelled shotgun, abroad however didn’t have a permit, Kollmar said.

The investigator said the suspect had no past crook record in Germany.

One of the four German understudies injured in the assault, which happened around early afternoon, was a 23-year-elderly person who passed on from her wounds, the inside clergyman of the territory of Baden-Wuerttemberg Thomas Strobl told the news gathering.

The police boss said 29 observers in the auditorium had told officials only one individual went in, shot and went out, and no other person was seen.

A police representative told Reuters before on Monday the shooter escaped the auditorium prior to directing his firearm back toward himself.

Established in 1386, Heidelberg is Germany’s most seasoned college.