From now Bangladeshi government employees can go to Brazil without a visa.

A visa cooperation agreement signed between the two countries during State Minister for Foreign Affairs Shahriar Alam’s visit to Brazil.

And the current President of the United Nations Security Council, Brazil,  assured that the issue of the Rohingya crisis should not be lost in the wake of the war in Ukraine.

For a long time, the government has been working to create new areas of trade including manpower export.

Brazil, an emerging economy outside the Western world, can create great opportunities as such. As part of this,

a visa cooperation agreement  signed between the two countries to facilitate travel for Bangladeshis in the country. 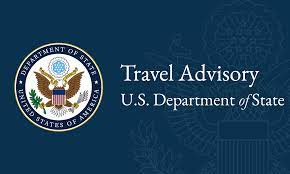 Later, the State Minister for Foreign Affairs said that the Rohingya crisis and the recent world situation  also discussed in the meeting.

Apart from increasing cooperation in bilateral and international forums, the two countries have also agreed to increase the market of various products starting from soybean oil, he said.

Carlos Alberto Franco, Minister of Foreign Affairs of Brazil, said that there were fruitful discussions between the heads of government of the two countries.🔱