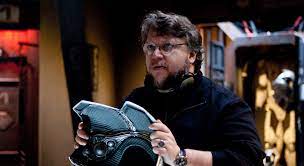 Guillermo del Toro’s Nightmare Alley exists in a kind of moral murk as its central character goes on a journey that will earn him wealth and influence but will also plunge him into a dark crisis of the soul.

Now, the film will get a re-release with a color palette that more completely reflects that ambiguity. Searchlight Pictures announced Friday that it will oversee a special limited run of del Toro’s “Nightmare Alley” in black and white. A color version hits theaters this weekend. The black-and-white iteration, dubbed “Nightmare Alley: Vision in Darkness and Light” will screen in select theaters across Los Angeles in January of 2022. What del Toro is attempting here has some precedent. Neon released a black-and-white cut of Bong Joon Ho’s “Parasite” after the color version of the film became an awards season juggernaut.

Although we shot ‘Nightmare Alley’ in color, we lit it as if it were black and white, said del Toro. You can see exactly the same level of design, and we wanted to give viewers this special vantage as a take of the classic noir genre that the film is part of. 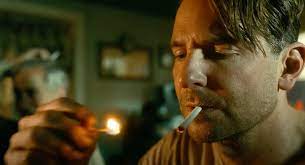 Del Toro previously disclosed the existence of an alternate cut during an interview with IndieWire.

There is a version of the movie which I hope can be seen, del Toro told the publication. It’s not a movie where you turn the color off. The movie is almost like a serigraph in black and white that then has another layer of color. If you saw the movie in black and white, it’s not like you just turned the color off. It looks exactly like a movie from the 1940s in a way that is astounding.

In a statement, Nightmare Alley’s director of photography, Dan Laustsen, explained the process.When we designed and shot we were always thinking color and black and white,” he said. “The classic lighting I have used is an homage to all the incredible masters of cinematography who have inspired me.

Nightmare Alley follows down-on-his-luck Stanton Carlisle who learns how to be a mentalist while work at a traveling carnival and ultimately uses these skills to grift the wealthy elite of 1940s New York Society. The film is an adaptation of William Lindsay Gresham’s novel of the same name. That book inspired a 1947 film with Tyrone Power that is considered a film noir classic, one that unfolds in… black and white.