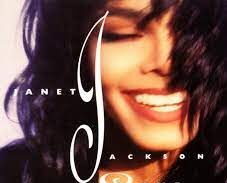 “Love Will Never Do (Without You)”

In the fall of 1989, Janet Jackson delivered Control , an album that has since become regarded as one of the most influential R&B records ever made. It was a fearless and bold statement that not only defined her artistry for years to come, but launched an entire movement in pop music. The impact of Control is likely felt more now than ever before (if you’ll recall, Beyonce dropped an album with almost identical cover imagery earlier this year), making it the perfect time to take another look at its finest moment. Our next Number One focuses on one of the defining tracks from Control and a song that still stands as one of Janet’s signature hits.

It is easy to look back on Janet Jackson’s career and point out all her classic moments, but few songs in her catalogue can match up to the power and emotion of “Love Will Never Do (Without You)”. It is an absolute jam from start to finish, with a down-tempo disco beat providing the perfect backdrop for Janet’s unbelievably sexy vocals. The song features some fantastic lyrics about being reckless in love – “Sometimes I wish that I never met you / But then I remember all the good times we had together / And suddenly I realize my life is better with you / And I’ll take a chance right now, baby give me one more chance” – as well as the legendary line that inspired this countdown: “You can keep your drug, lovin’ will do just fine.” It is the perfect blend of music and lyrics from a woman who was at her absolute peak during both.

The song itself has been covered by artists like Chantay Savage and Martina McBride (who also added it to her Greatest Hits album), but we would argue it has never been done better than by Janet herself. Her voice is effortlessly seductive and leaves you begging for more – “Caught up in the touch / Losing all control / Looked into your eyes / And fell so deep.” This is an absolutely perfect song to get you in the mood for some late-night action, and it still never fails us after all these years.

Next up: “When I Think of You” takes Number One! Click here to check out our countdown so far…