Bollywood and TV Industry in India witnessed a lot of weddings. Just in the past 7 days, Katrina Kaif got married to Vicky Kaushal and Ankita Lokhande tied the knot with Vicky Jain yesterday. In this past year, we have seen a lot of weddings with Rajkummar-Patralekhaa getting married, Rhea’s wedding with Karan and more. And with them, loads of different bridal avatars. Some opted for the pastel hues while some opted for classic red and some ditched the traditional ones. So, we thought of asking y’all whose bridal avatar did you liked the most. However, first, let’s have a dekko at the Bridal avatars first…

Newly married Katrina Kaif wore a Sabyasachi lehenga for her wedding. She opted for the classic red lehenga in handwoven matka silk with fine tilla work. Her lehenga had a velvet bordered embroidered with zari.

Rajkummar Rao and Patralekhaa Paul got married in a private wedding ceremony on 15 November 2021. Patralekha opted for a red tulle embroidered buti sari by Sabyasachi with a tulle veil with embroidered border with a Bengali quote by the designer himself for their special day.

The Pavitra Rishta actress opted for a heavily embroidered dull gold lehenga choli. She had a long tulle train as the veil and looked like a royal princess. 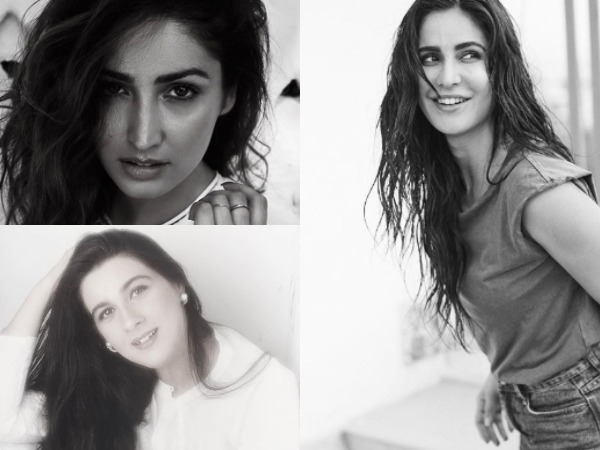 Fittrat actress Anushka Ranjan tried the knot with actor beau Aditya Seal on 21st November. It was a grand do, attended by Alia Bhatt, Vaani Kapoor and other celebs. For her wedding, Anushka ditched the usual read and opted for a lilac lehenga choli designed by Mohini Chabria’s couture Mohini’s.

Sanam Re actress Yami Gautam tied the knot with filmmaker Aditya Dhar in a very private wedding in June. For her wedding, Yami opted for her mother’s saree. A classic deep red one and a veil with a golden border.

Gorgeous mommy Dia Mirza tied the knot with beau Vaibhav Rekhi in February this year. It was a private wedding with just close friends and families in attendance. Dia wore a red Banarasi silk saree for her wedding with a red tulle veil and a golden border.

Sonam Kapoor’s sister Rhea Kapoor got married to Karan Boolani in August this year. The producer-stylist also ditched the usual red or a lehenga and instead opted for a white saree by Anamika Khanna.