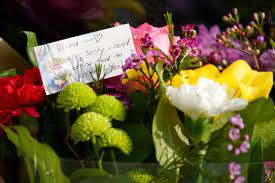 Three irregular killings – a lady pushed before a train, one more punched at a bus station and a third cut to no end while working alone in a store, all supposedly dedicated by vagrants – have reignited outrage, dread and dissatisfaction with the immovable issue of vagrancy in New York and Los Angeles.

Heidi Marston, chief head of the Los Angeles Homeless Services Authority, called the killings misfortunes. However, she said it’s significant not to fault the whole destitute local area for the viciousness or conflate the vagrancy pestilence with the assaults.

It won’t carry equity to the survivors of these violations, she said.

Eric Tars, legitimate chief for the National Homelessness Law Center, said marking all destitute “as individuals we ought to fear, as opposed to having sympathy for, really sets them up for disdain violations and vigilante savagery and other abuse.

Tars and different backers and specialists say a vagrant is substantially more liable to be a survivor of viciousness, especially a deadly assault, than they are to be a culprit.

Information to back that up is patchy on the grounds that frequently police divisions do exclude from their reports whether an individual is destitute.

One explanation might be that the FBI doesn’t request lodging status data when it aggregates information from regulation authorization organizations.

The Associated Press reached police offices in LA and New York, as well as offices in six other significant urban communities with huge destitute populaces: Chicago, Honolulu, San Francisco, Seattle, Portland, Oregon, and Washington, D.C., to check whether they track the lodging status of murder casualties and suspects.

All with the exception of the Los Angeles Police Department either said they don’t gather the information or required a conventional records solicitation to disclose it or decide whether it even exists.

In LA, the destitute populace is assessed to be 40,000, or 1% of the city’s 4 million occupants. Last year, vagrants were associates in 43 with the city’s 397 manslaughters, almost 11%. They were casualties over two times as regularly – 90 fatalities, almost 23%. In 27 of the killings, vagrants were the person in question and the supposed culprit.

Over the most recent five years, the level of LA manslaughters wherein a vagrant was the suspect has gone from 6.5% to 12.9%, as indicated by an AP examination of LAPD information. However the recurrence of situations where a vagrant was killed was 10% in 2017 and has risen consistently since.