Today’s jobs report for September shows that many people are without work. The unemployment rate has risen to 6.1% from 5.9%. Jobs created were not enough to make up for the losses during August, which caused a net loss of 114,000 jobs in September. Additionally, the number of unemployed persons was unchanged at 14 million but is higher than it has been since early 2010 when there were over 15 million unemployed people in the US labor force.

The real unemployment rate is more than twice that number with 40% of those unemployed had been out of work for 27 weeks or longer. A total of 3.2 million people have been unemployed for at least 43 weeks and represent a new milestone in the ranks of long-term jobless Americans, according to the Labor Department.

A total of 6.3 million Americans who are working part-time but want full-time work remains at historically elevated levels, representing about 4.4 percent of the labor force (and little changed over the last three months). 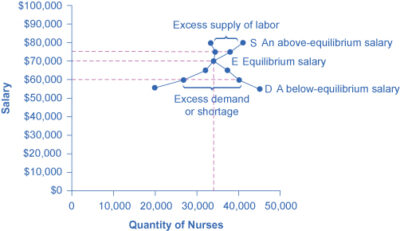 However, most economists expect that it will be several years before unemployment falls to 5% or lower again. The lag between when employment falls and rises is a result of the time it takes to hire new workers, for those who have been out of work for an extended period to find jobs, and for those who have been discouraged from looking for work to begin looking again.

In addition, some of the jobs added in September may have been part-time because the economy and the number of hours worked has not returned to pre-recession levels.

The Labor Department releases two separate employment-population ratios since individuals working part-time for economic reasons are included in the alternate measure. The BLS counts those who are working part-time but want full-time work as unemployed.

In contrast, the Bureau of Labor Statistics does not count those who are working fewer hours than desired, or at a job below their skill level, as unemployed. Instead, they are classified as involuntary part-time workers. That group has represented about 2% of the labor force the past year.

According to a report by the Economic Policy Institute, The U-6 measure of labor underutilization (which includes involuntary part-time workers) is 13.7%, about twice as high as the official unemployment rate.