He-avy clashes continue to rage in the Panjshir Valley, the last holdout against Taliban control in Afghan-istan, as resistance fighters and the militants both claimed military gains.

The fighting came as U.S. General Mark Milley, chairman of the Joint Chiefs of Staff, warned about a “broader civil war” in Afghanistan as he questioned whether the Taliban could consolidate power as they it to shift from an insurgency to governing.

Taliban spokesman Bilal Karimi claimed on September 5 that the militants had seized control of five of seven districts in Panjshir, located about 100 kilometers northeast of Kabul.

Karimi claimed that the Taliban was moving closer to Bazarak, the capital of Panjshir.

The opposition, called the National Resistance Front of Afghanistan, claimed it had trapped Taliban fighters in the valley and repelled militant offensives in several districts.

It was not immediately possible to get independent confirmation of events in Panjshir, where the Taliban has cut off phone, Internet, and electricity lines.

Emergency, an Italian aid group that operates a hospital in the valley, said on Twitter late on September 4 that the Taliban had reached the village of Anabah, located around 25 kilometers north inside the 115-kilometer-long valley.

Former Afghan Vice President Amrullah Saleh, a leader of the National Resistance Front, acknowledged earlier in a video message that the front’s forces were in a difficult situation, but he vowed to continue resisting.

“We are under attack from Al-Qaeda, terrorists, the Taliban, and Pakistan’s supporters. But we are defending our country,” Saleh said.

Since the Taliban seized Kabul on August 15, the militants have faced resistance from the National Resistance Front of Afghanistan, which groups opposition forces loyal to local leader Ahmad Masud, who said on Facebook that Panjshir “continues to stand strongly.”

The continued fighting has prompted warnings about the possibility of civil war. 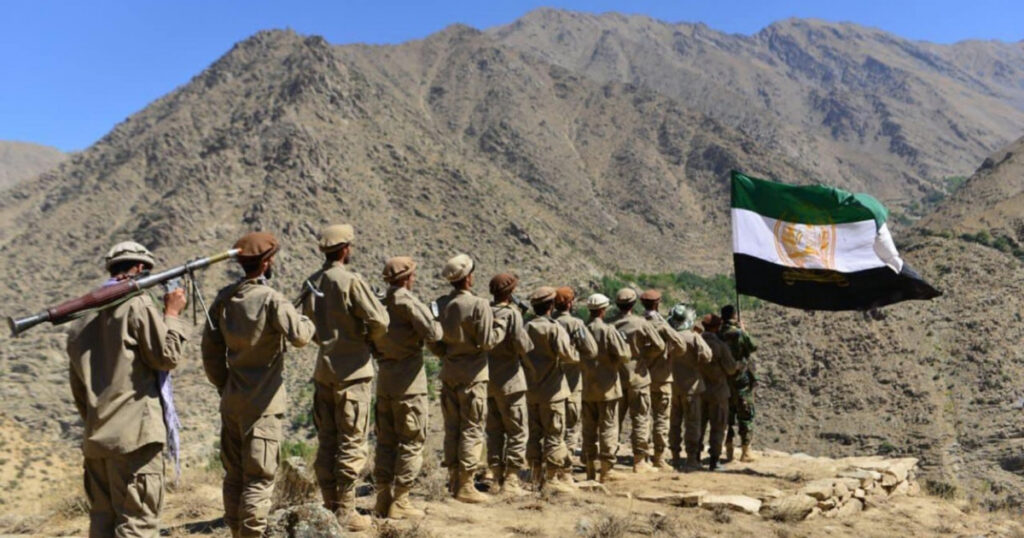 Although both sides have held some meetings to resolve the issue peacefully, the talks failed to bear any fruit.

“I think there’s at least a very good probability of a broader civil war,” said Milley, in a bleak assessment. “I don’t know if the Taliban is going to be able to consolidate power and establish governance,” Milley said, speaking at Ramstein Air Base in Germany.

Milley said if it cannot do that, it will “in turn lead to a reconstitution of Al-Qaeda or a growth of [Islamic State] or other myriad of terrorist groups” over the next three years, referring to Islamic State-Khorasan (IS-K) militants in Afghanistan.

Meanwhile, Atta Mohammad Noor, the head of the Jamiat-e-Islami party that has ties to the National Resistance Front of Afghanistan, warned that the continuation of the Taliban’s attack on Panjshir will lead to another war in the country.

“If the leaders’ request for a political agreement does not bear any results, the expansion of the resistance front is one of the other options that we will concentrate on,” Noor said on September 4, according to TOLOnews.

Also, the leader of the resistance forces in the Afghan Panjshir, Ahmad Massoud, said he was ready to end the fighting and begin negotiations if the Taliban fighters left the province.

“The National Resistance Forces are ready to end the war immediately to achieve a lasting peace if the Taliban cease their attacks and military operations in Panjshir and Andarab, and hope to hold a large-scale meeting with scientists and reformers, continue discussions and negotiations,” the statement on Facebook said

In early August, the Taliban intensified their offensive against government forces in Afghanistan . The Taliban entered the capital on August 15 and took control of the presidential palace, and on August 16 announced that the war in Afghanistan was over and the form of government in the state would become clear in the near future.

On the night of August 31, the US military left Kabul airport , ending the nearly 20-year American military presence in Afghanistan.