Lionel Messi is going to play in Israel again after almost three years. But this time, one of the best footballers in the world will go to Israel to play for Paris Saint Germain, not with the Argentina national team. Where he will be accompanied by Brazilian superstar Neymar Jr.

PSG will face Nantes in the French Super Cup on the last day of this month. The match will be played at Bloomfield Stadium in Tel Aviv,

one of the commercial cities of Israel. Neymar, Kylian Mbappe went to Israel to play last season’s French Cup in this field.

Christopher Gaultier will begin his competitive journey as PSG coach with the match to be played in Israel. Before that, however,

he will make his debut as PSG coach in Japan. Where PSG will enter the field in three pre-season preparatory matches. 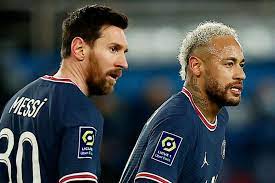 Messi, Neymar, Mbappe arrived in Japan on Sunday to play the pre-season preparatory matches. The French champion club will play against Kawasaki Frontal on Wednesday,

Urawa Reds on Saturday and Gamba Osaka on Monday in the final match.

Israel will then fly to PSG to play the French Cup match. They lost 0-1 in this match against Lille last year. Israel went to play that match, but Neymar Jr., Mbappe, Sergio Ramos did not enter the field.

Mbappe will not play against Nantes this time. The French youngster saw three yellow cards in the last 10 league games last season.

Due to which he  banned from one competitive match. So Galtier will have to plan the match against Nantes without Mbappe.

Even if Mbappe can’t, there are chances of Messi-Neymar coming to the field. Messi last played in Israel against Uruguay in 2019.