Bangladesh’s Asia Cup mission did not start well. The ticket to the Super Four has become uncertain after a big loss of 7 wickets against Afghanistan. Meanwhile, Afghan captain Mohammad Nabir said that Tigers lost because of wrong decisions.

The fate of the match at Sharjah Cricket Stadium depends a lot on the toss. Statistics show that the team batting first on this pitch has a higher margin of victory. Out of 25 T20 matches before the Bangladesh-Afghanistan clash, the team batting first won 15 matches. The batting average of the team in the first innings is 150 on this ground. 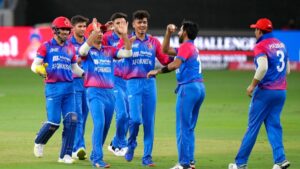 After the match, Nabi told the media on Tuesday (August 30), “The pitch is new.” The soil here has been changed. No one has played on this pitch before. That’s why it was better to bowl first. This explains the condition of the pitch. That is why we were able to pick up quick wickets and put pressure on the opposition.