It was one of the most famous boxing fights of the century. October 30, 1974. The stage set for the much-anticipated duel between Muhammad Ali and George Foreman at the Tata Raphael Stadium in Kinshasa, Congo.

Ali, then 32, faced the 25-year-old Foreman in a ‘Fight of the Century’ loss to Joe Frazier. But on that day Ali showed the world why he  called ‘Greatest’. Knockout Foreman in his hands in the eighth round as an ‘underdog’!

The match  held in front of 60,000 spectators in the gallery. And more than 1 billion viewers watched on TV around the world.

At that time, this was the record for the highest number of viewers watching a program broadcast live on TV. Organizers raised more than $100 million.

The heavyweight match known as the ‘Rumble in the Jungle’  considered many to be ‘arguably the greatest sporting event of the 20th century’. Where is the current address of Ali’s championship belt after winning?

Muhammad Ali, widely recognized as the greatest boxer of all time, died six years ago. Dallas-based auction house Heritage Auctions reported the latest on the belt. 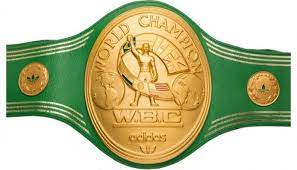 Jim Yerse bought a guitar used by Pink Floyd legend David Gilmour for $3.975 million in 2019. In May this year, he bought a Kurt Cobain guitar for a record $4.6 million.

Yerse also has the bat of legendary Jackie Robinson, the first African-American to play in Major League Basketball (MLB). He also has the first arrest warrant for the stage actor John Wilkies Booth who assassinated US President Abraham Lincoln.🔱