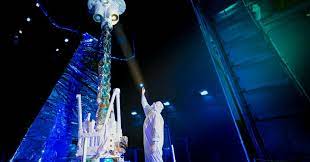 Much attention is being devoted this month to the James Webb Space Telescope, from NASA and the European Space Agency, which is set to launch on Dec. 22. But a more exclusive cadre of astronomers watched excitedly on Thursday during the trip to space of a smaller, but also transformative, observatory.

X-rays are a useful way to observe the universe. Emitted from extremely energetic objects, they allow astronomers to probe events — superheated jets near black holes or explosions of stars, for example — in a way other wavelengths, such as visible light, cannot. But X-rays can be studied only from space because they are mostly absorbed by Earth’s atmosphere.

A variety of dedicated X-ray space telescopes and instruments have launched to orbit, most notably NASA’s Chandra X-ray and ESA’s XMM-Newton observatories, which both launched in 1999. With spacecraft like these, scientists have unveiled the birthplaces of stars inside gaseous nebulas and mapped the spread of dark matter in clusters of galaxies, among other pioneering work.

The use of imaging X-ray polarimetry sets IXPE apart from its predecessors. If you’ve ever worn a pair of polarized sunglasses, you may know that they use thin slits to block horizontal light, but that turning them sideways blocks vertical light instead. The same principle is employed in X-ray polarimetry. The technique will allow astronomers to observe the direction of the wavelike movement of the X-ray particles as they arrive, revealing the orientation of incoming electric and magnetic fields. Armed with this data, astronomers can glean more information from the X-rays emitted by astrophysical phenomena.

Instead of simply observing the X-rays with a single instrument, the spacecraft is actually three separate telescopes, each comprising 24 concentric mirrors, at the end of a 13-foot-long boom, which will extend during the telescope’s first week in space. 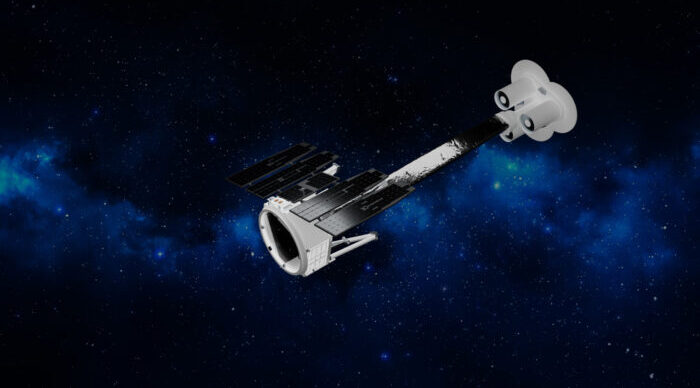 As the X-rays arrive, they will be focused by each telescope onto three detectors at the end of the boom. The detectors each contain a 10-millimeter layer of helium and a gas called dimethyl ether, or DME. This will reveal the polarization of the X-rays, which will make tracks in the gas as they hit.

There have been several attempts at conducting X-ray polarimetry in space before, Martin Weisskopf, the mission’s principal investigator at NASA’s Marshall Space Flight Center, said. In 1971, Dr. Weisskopf was involved in a successful experimental mission that performed brief X-ray polarization observations of the Crab nebula in our galaxy using a sounding rocket, which goes straight up and down but doesn’t go into orbit. A later attempt to launch a more advanced polarimeter on the Soviet Spectrum-X spacecraft in the 1990s was interrupted by the collapse of the Soviet Union, according to Dr. Weisskopf.

In the two years after it launches, the IXPE spacecraft will observe more than 100 cosmic targets, including black holes, supernovas and exotic stars.

One goal of the telescope is to observe the spin of relatively small black holes, those around 10 times the mass of our sun. X-ray polarimetry will be able to probe relativistic effects that occur very close to these black holes, where the polarization angle of X-ray photons that have escaped is expected to be altered as they travel through the heavily warped space-time caused by the black hole’s spin.