Real Madrid winger Rodrigo is considered to be the next star of Brazil. He is only 21 years old. In the meantime, he has played 5 matches in the jersey of Brazil. Hopefully, this potential star is going to be one of the members of Tito’s World Cup team.

Real Madrid’s farewell almost happened in the return leg of the quarter final of the Champions League. In that match, Rodrigo came down as a substitute and turned the tables.

Like Neymar, Rodrigo began his career with Brazilian club Santos. RM star Rodrigo said: “Neymar has told me that I am about to leave the national team. I hope you have the number 10 jersey. ‘ 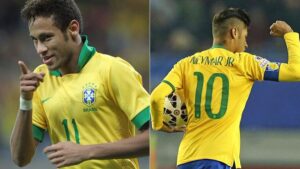 I just told him, of course he will play more for the national team. I don’t need this jersey right now. He laughed when he heard me. ‘

The iconic number 10 jersey is worn by Pel,, Zico, Rivaldo, Ronaldinho and then Neymar for Brazil.

Not only Neymar, many other stars have commented on Rodrigo. Among them is former Real coach Zinedine Zidane. Rodrigo said: “Zidane once said,” I will be the best footballer in the world at some point. Real Madrid’s current coach Ancelotti also said about me. I keep practicing and trying to improve myself. I am very happy. ‘🔱