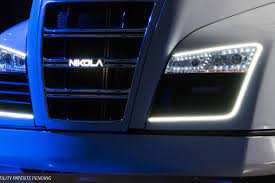 The fledgling electric truck manufacturer Nikola agreed to pay $125 million to settle an investigation into allegations that the company and its founder had defrauded investors by making misleading claims about its products and technology, securities regulators said on Tuesday.

Nikola is settling the case, with the Securities and Exchange Commission, nearly five months after federal prosecutors filed criminal charges against Trevor Milton, the company’s founder and former chief executive, who has pleaded not guilty. The S.E.C. also filed civil fraud charges against Mr. Milton.

“Nikola Corporation is responsible both for Milton’s allegedly misleading statements and for other alleged deceptions, all of which falsely portrayed the true state of the company’s business and technology,” Gurbir Grewal, director of the S.E.C.’s enforcement division, said in a statement.

The S.E.C., in a civil order resolving the investigation, found that Mr. Milton embarked on a campaign on Twitter and in news releases to pump up the price of Nikola’s shares with a series of misleading statements. The regulator said Nikola compounded that by making its own misleading statements about the refueling times for its planned products.

The company, which neither admitted nor denied the allegations in the civil order, said in a statement: “We are pleased to bring this chapter to a close as the company has now resolved all government investigations.”

The S.E.C. said Nikola was continuing to cooperate with its open investigation, a reference to the case against Mr. Milton.

Last month, the company said it expected to reach a $125 million settlement with the S.E.C. and would “seek reimbursement” from Mr. Milton for any costs associated with the investigation.

Nikola is the latest company that merged with a cash-rich special purpose acquisition company to either be charged with making false statements to investors or being investigated for potential wrongdoing. 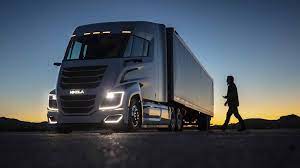 SPACs are speculative businesses that raise money from investors in initial public offerings and then go searching for operating companies to buy. The market for these investment vehicles has been red-hot in the past two years — they have raised nearly $200 billion from hedge funds and other investors.

The S.E.C. has opened a number of investigations into claims made by some of these companies during the merger process. Regulators have argued that hedge fund investors in SPACs and the sponsors of these deals fare far better than retail investors who often buy shares in the open market after a deal is announced.

Mr. Milton resigned from Nikola in September 2020, several months after the merger with a SPAC called VectoIQ was completed. The S.E.C., in the civil complaint filed last summer against Mr. Milton, said his misleading statements about the company’s prospects helped inflate the stock, enabling him to reap tens of millions of dollars in personal benefits.

Last week, lawyers for Mr. Milton filed a motion in federal court in Manhattan to dismiss several of the criminal charges against him.