The Oscar-winning chief and humorist Jordan Peele is back with his third thriller, “No,” after the basic and famous progress of “Get Out” and “Us.”

The trailer for the new film dropped just before February’s Super Bowl LVI. Presently, a two-minute featurette, named ‘Probably not: It Takes a Village,” took us in the background of the outsider attack show and included discussions with the film’s different cast and team.

As per IndieWire, the film “follows a group of Black pony coaches, whose dusty farm is unexpectedly set upon by a gathering of startling intruders from the sky. The trailer seems to offer ganders at both the trespassers being referred to and maybe what befalls those they assault.”

The group cast incorporates “Minary” entertainer Steven Yeun, Keke Palmer and Daniel Kaluuya. This is the second time Peele is working together with Oscar-selected “Get Out” lead Kaluuya.

Kaluuya commended Peele in the featurette, “He’s doing whatever it takes not to rush it, he’s attempting to get the occasions. There’s a worth in the thing you’re shooting. I mean like the entire team drew in with it in an unexpected way.”

The movie was shot by “Principle,” “Interstellar” and “Dunkirk” cinematographer Hoyte van Hoytema, who will rejoin with chief Christopher Nolan for his impending element “Oppenheimer.”

Created by Universal Pictures, “Not a chance” will stir things up around town on July 22, 2022. 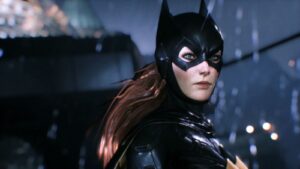