PG&E has been charged with manslaughter after a deadly California wildfire in 2020. The fire killed many people and left the town of Paradise destroyed. PG&E’s equipment sparked the fire, so they are being held responsible for this tragedy. Read on to learn more about what happened and how it could have been prevented!

The equipment was a power line support insulator made from material that should have been fireproof, but wasn’t. The company should have known about this problem because there were other incidents in which poles caught on fire, even though they had the same group of insulators installed.

PG&E reported to state regulators that it knew about at least 20 incidents in the prior 16 years in which one of its power lines or related equipment had started a fire. However, it did not report these incidents to federal regulators as required by law. They are being charged with failing to maintain proper clearance between power lines and vegetation that could catch fire. 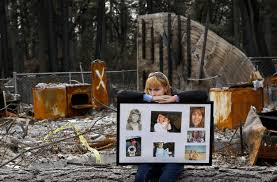 PG&E has blamed several other companies involved in the construction of the transmission line and power poles for this tragic incident. They claim that the quality of these installations could have been a lot better, which was a big part of why there were so many problems with the equipment installed on those poles from the beginning.

PG&E now faces millions in fines as well as criminal charges from both state and federal regulators . A jury trial is set to begin in mid-2021 for this case.

The PNFS is very thankful that PG&E reported this incident, but are also saddened at the loss of life and destruction caused by it. We are hoping for a quick trial verdict in order to help everyone recover from this terrible tragedy.

Click here to contact our customer service team with any questions that you may have. Or, feel free to reach out to us on social media by clicking on the links below.