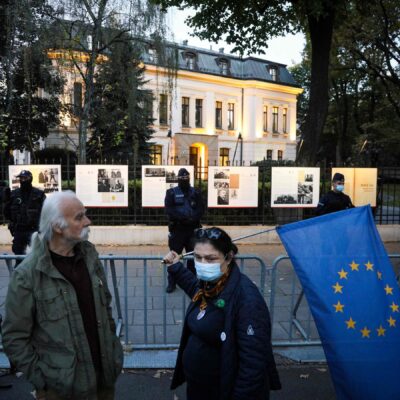 Poland has just passed a law that would make it illegal to criticize the Polish Supreme Court. This is strange because Poland’s supreme court is not even in their constitution, but still, they are pushing for its supremacy over European Union courts. Why? What could be so important about having an unelected body of judges with no checks and balances be on top of all other judicial bodies? The answer might lie in what kind of judges this new supreme court will have.

First of all, the new law demands that all judges are to be elected by a National Council instead of the current practice where they are elected by other judges. The National Council is composed of 25 people chosen by Parliament. All 21 members chosen by Parliament are currently right-wing nationalists or people with strong ties to the ruling party PiS. That means that 21 of the 25 members are potentially controllable by PiS.

The new law also creates a second chamber in the Supreme Court, with 16 judges elected by Parliament and 16 elected by other judges. Given that PiS has control over all of Parliament, they will have control over 16/16 possible spots on this new chamber. They will also directly control the other 16 spots since they can appoint and remove judges from another chamber.

These measures mean that PiS has a direct say in appointing a total of 32 out of the 51 possible judges on the Supreme Court, over 60%. There is no way to stop them from taking full control because this law also says that any judge that is 65 years old will lose their job, however, there are no age restrictions on who can become a member of Parliament. PiS can simply create for itself an absolute majority in the Supreme Court by creating new positions and appointing people to fill them after every retirement.

There is also another law being worked on right now which would make it illegal for current judges to retire after they reach 65. This is another reason why PiS is pushing this reform now, it will give them the ability to make sure there are no independent judges left in Poland after PiS has control over the Supreme Court. 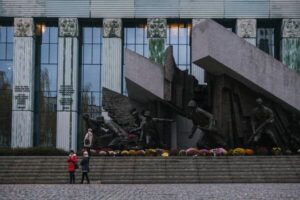 POLAND! Tens of thousands protest against the proposed Judiciary reform on streets, outside Polish Parliament.

PiS has been pushing for this reform since it took power in 2015, but they have had to delay their plans because changes of laws that change the Supreme Court’s role need a 3/5 majority vote in Parliament, which they don’t have yet. The opposition used its majority to block the law many times, but now they are in the minority, so PiS has steamrolled this law through Parliament with only one vote against it.

The EU is protesting because of how blatantly undemocratic this new law is. They think that Poland’s democracy will be taken away from them by an unelected Supreme Court that can bypass all checks and balances without any oversight.