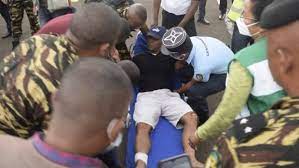 A boat mishap off the shore of northeastern Madagascar on Monday killed no less than 83 individuals, the country’s oceanic organization said on Wednesday.

Fifty individuals have been protected and five are as yet missing, a representative for the Maritime and River Port Agency told CNN. The boat, which was conveying 138 individuals, sank late on Monday night, as indicated by the APMF.

The vessel, a freight transport named Francia, was not approved to ship individuals, the APMF representative said.

The boat was over-burden and water overwhelmed the motor, APMF’s head of tasks adrift Mamy Randrianavony said, as indicated by Reuters.

Look were required to be postponed on Wednesday because of terrible climate and should continue on Thursday, the APMF said.

Gen. Serge Gelle swam for almost 12 hours to shore later the hunt helicopter he was on crashed adrift late on Monday in the midst of endeavors to find overcomers of the boat mishap, the APMF said.

Gelle, who heads the public Gendarmerie, was observed alive Tuesday morning in the wake of swimming for almost 12 hours, the APMF representative told CNN on Wednesday. 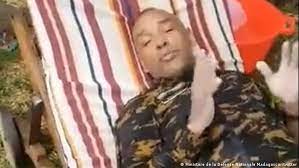 Gelle said in a Tuesday articulation that the helicopter crashed because of “wind blasts.” He was going with Prime Minister Christian Ntsay and the Minister of National Defense Gen. Leon Richard Rakotonirina, who had ventured out to the area to administer the inquiry tasks in a different helicopter.

President Andry Rajoelina extolled their endeavors in a tweet on Wednesday, saying that he “directed their total dedication” to the errand.

The APMF said the helicopter had three different travelers on board when it crashed: A repairman, a pilot, and Col. Olivier Andrianambinina.

The specialist was viewed as alive and was protected on Tuesday, the APMF said. Andrianambinina’s body has been found, while a hunt is as yet progressing for the pilot, it said.

Rajoelina declared a public day of grieving for Thursday.