Saudi Arabia has expelled Lebanon’s ambassador amid a row with Iran-backed Lebanese militant group Hezbollah. This latest development comes on the heels of Saudi Arabia cutting ties with Qatar and accusing it of destabilizing the region, allegations which Qatar denies. The Middle East is once again in turmoil as we see these two regional powers clash over differing ideologies and interests. But what does Saudi Arabia want? Why is it such a threat to Iran and its allies, such as Syria and Lebanon’s Hezbollah?

Saudi Arabia has two major concerns: Iran and Yemen. Among these main concerns, there are some related issues that the Saudis consider problematic. These include Lebanon, Qatar, Iraq and especially ISIS; but we will focus mainly on Iran and Yemen.

The Shia-Sunni divide speaks for itself: people who considered themselves the original followers of the prophet Muhammad, versus those who broke away from them. This conflict has been going on since the 7th century and seems to be amplified by outside influences such as colonization which pitted these groups against each other in Iraq and Syria. 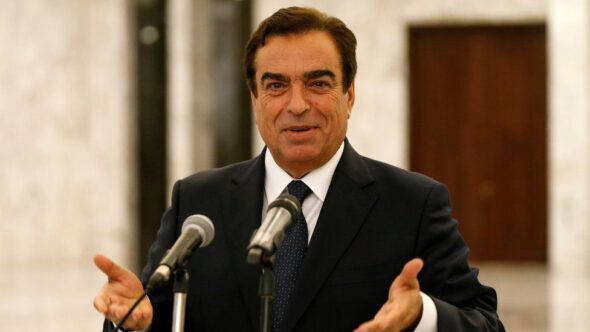 When the Ottoman Empire fell and the Shia majority in Iran gained independence it became a much larger problem as now there were two major Muslim powers that were competing for power and influence, particularly in the Middle East, as can be seen today as they both vie to become leaders of their respective sects. Saudi Arabia is an entirely Sunni country, while Iran’s population is mostly Shia.

Saudi Arabia and Iran are not just fighting for influence in the Middle East, but throughout the Muslim world. They want to be the leaders of Sunni Islam and Shiite Islam respectively. These two countries act like rivals over power; they constantly attempt to undermine one another’s interests in order to gain authority over their religious followers and the respective sects. This competition has increased tensions throughout the region and it will be hard to diminish these tensions as they have been ingrained for centuries now, as can be seen by the Shia-Sunni divide in Iraq and Syria during the early 20th century.

Iran as a regional power poses a threat as Saudi Arabia sees itself as the dominant force in the Middle East with its allies, namely Israel and US. Iran is fighting to become an important power player in the region, which would directly challenge Saudi Arabia’s interests. As long as Saudi Arabia remains allied with Israel they will seek to undermine Iran’s aims by any means necessary, even if it means starting a war or supporting rebel groups who want to destabilize the regime.

Iran is helping Syria fight its civil war, along with Hezbollah which has been an important ally of Assad since the beginning. Saudi Arabia and Qatar have supported certain rebel groups that are against Assad’s Iranian-backed regime. The Saudis know that even if they were to defeat Assad, Iran would remain a threat in the region, making it crucial that Syria is weakened in order to reduce Iran’s power.

The Saudis are also concerned with Yemen as they see their southern neighbor gaining more power and aligning itself with Iran. This poses a grave threat to Saudi Arabia not merely because of these ties, but because it could lead to the Houthis taking over the country and becoming a much larger player in the region.

Saudi Arabia is also concerned with what it sees as the Iranian expansion across the Middle East, evident in Iraq and Syria but also in Lebanon. Hezbollah has become an important force to reckon with in Lebanon and throughout the Middle East and poses a major threat to Israel’s security. The Saudis’ main concern is that Iran’s influence in the region is usually associated with conflict and, as a result, they worry about being dragged into another war with them after already fighting one in the 1980s.