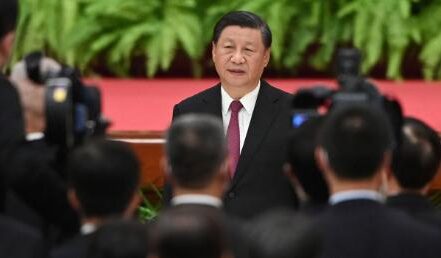 On Monday, China’s President Xi Jinping spoke at a high-profile event in Beijing. He called for the peaceful reunification of Taiwan with mainland China and urged against separatist activities. His speech follows months of tension between the two countries over political tensions and military drills. The Taiwanese President Tsai Ing-wen responded to his comments by saying that she would not accept anything less than a democratic way, which may be interpreted as suggesting independence from China rather than peaceful unification. She also called on Beijing to respect her country’s democratic freedoms.

During the speech, Mr. Xi made it clear that China would never allow Taiwanese independence and claimed that separatist forces in Taiwan will face defeat. He sai We will resolutely contain ‘Taiwan independence secessionist activities in any form We will safeguard the country’s sovereignty and territorial integrity, and never allow the historical tragedy of national division to repeat itself. We make no promise to give up the use of military force and reserve the option of taking all necessary measures.

The Taiwanese President Tsai Ing-wen responded by saying that she would not accept anything less than a democratic way, which may be interpreted as suggesting independence from China rather than peaceful unification. She also called on Beijing to respect her country’s democratic freedoms.

Taiwan, which is located in the Western Pacific, is an island nation with a population of about 23 million people. It has been politically separated from mainland China since 1949 when the Chinese Nationalist Party fled there at the end of a civil war with Mao’s Communists.

The Chinese government views Taiwan as a breakaway province and it has stated that it will use military force if necessary to achieve reunification. In February, China announced that it would hold live-fire drills in the Taiwan Strait. This is the first time this activity has been conducted since 2015, though there were similar drills in 2016.

The Taiwanese publicly favor the status quo, because they see their democracy as an important symbol of identity. China has used its economic influence to persuade other countries to cut off ties with Taiwan and does not allow for any international recognition of it as a separate political entity (except for 23 states that maintain unofficial embassies). Washington, as the Taiwanese government’s biggest backer, has announced that it will not alter its policies about Taiwan relations. In January, Donald Trump signed a bill encouraging American officials to visit the island and was among the first world leaders to congratulate President Tsai on her inauguration.

Last year, Beijing said that it would not rule out suspending dialogue with Taipei if the Taiwanese President insisted on pushing for independence. In 2011, a law on relations with China was passed in Taiwan that mandated that future governments seek consensus with any party that wants to alter the status quo of non-violence and peaceful dialogue before it can be changed. The Taiwanese see their system as working domestically while Chinese politics have been less transparent.

The Taiwanese president responded to Xi’s speech on Monday by saying that Beijing must honor the democratic freedoms of Taiwan.

Taiwan has an active civil society, robust media outlets, and a fast-growing economy. Some analysts note that reunification is less likely than before because of these factors. Others say Xi Jinping could be trying to pressure Taiwan into a more flexible negotiating position.

China sent troops to invade Tibet in 1950 and has controlled the region since 1951 a U.N.-mandated ceasefire ended that conflict. The Dalai Lama, who is Tibet’s spiritual leader, fled into exile after an uprising against Beijing’s rule was crushed by Chinese forces in 1959. He returned to Tibet in 2009 but remains in exile.

China claims that Tibet and Taiwan are involved in its “core interests”, which means that they maintain similar positions to those held for Taiwan and the Dalai Lama, who Beijing calls a traitor.