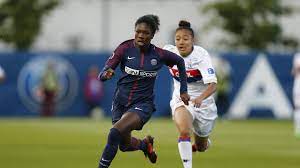 A Paris Saint-Germain women’s player has been charged with violence and imprisoned after she allegedly attacked her team mate. 23 year old Rabia Meftah was reportedly arrested on Wednesday morning, according to French newspaper Le Monde. She was placed in custody following the incident which took place at a training camp in Joinville-le-Pont near Paris on Monday evening. PSG confirmed the incident to Le Monde but did not comment on the allegations. Meftah’s family say she has health problems which affect her mental state, according to French radio RTL.

Le Monde says that at 7pm on Monday evening, Rabia Meftah got into an argument with another player, 20 year old Marie-Angelique Gboho, who plays as a goalkeeper. The two players were due to take part in a training session together and the argument reportedly escalated into violence. Sources close to the case say that Meftah threw a cup of coffee at Gboho before then trying to strangle her. The report says that another player had to separate the two. The direction of PSG confirmed an incident took place at the training camp, but did not comment on the allegations. It is also reported that Gboho required medical attention following the attack, but has since returned to training. Meftah was taken into police custody on Wednesday morning. She is currently suspended by PSG pending an investigation into the incident.

Rabia Meftah, who hails from Marseille, has played for PSG since 2011 and won the Division 1 title twice with the club. She also scored one goal in 15 appearances for France at Under 18 level and represented her nation at the U19 European Championships in 2011.

Meftah’s family say that she has been unwell recently and that her mental state has deteriorated over the last few weeks, which they blame on the side effects of medication she is taking for a health issue. As well as playing football, Meftah also studied medicine at university. Le Monde say that she is due to be released from custody next week, after the maximum time in remand has been reached.

Nice update here…but I still feel PSG are looking for a scapegoat despite what family/friends are saying about her mental state. It’s like they can’t show any weakness or inadequacies in their women’s programme after the FFF pulled their funding for it, so they will do whatever necessary to make themselves look innocent. Reply Delete 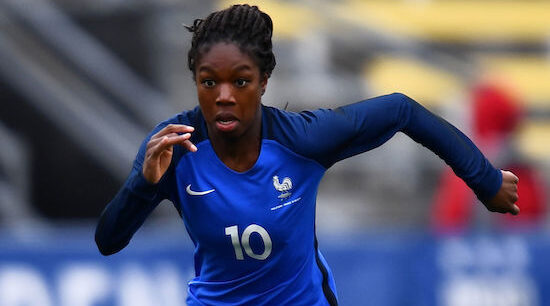 Absolutely agree with you on that point SlickR. I actually feel that this entire situation will get swept under the rug if Rabia is forced to take responsibility for her actions. The club has far too much influence in this country, I fear that it will just be a major black mark on Rabia’s career and she’ll never play football again. Reply Delete

Didn’t she have an awful game against Arsenal just before all this happened? And didn’t one of the coaches give a press conference saying how she was going to be working on her fitness and focus? I think the club are trying to make it all sound like one big coincidence, but it’s pretty clear they have been getting rid of players who don’t fit in with them for a while now. Delete

I seem to recall that as well, SlickR. And I also read somewhere that Rabia was one of the players who found out about the club’s decision to close down its WNT programme on Twitter instead of through the coaches. Delete

If this is true, then it really is unbelievable, particularly as it’s after all that has happened with the FFF and PSG women. Delete

Fair enough. But what you have to remember is that Rabia has probably not been given much information, if any at all, about this entire incident by anyone at the club. I’m sure that all she knows is that she’s being sent home because of an incident with a teammate. And then her own family are saying that Rabia is not well mentally after all that has happened to her. I find it hard to believe that the club have sat down with Rabia and given her a detailed account of what’s going on, considering she is still just 20 years old.