Less than a month ago, Lionel Messi’s former Argentine teammate Carlos Tevez said goodbye to football. In the meantime, he was appointed as the coach of Rosario Central.

Rosario also plays in the first division of Argentina. Tevez will be seen in the dugout of this club from this season.

Goal Dot Com has reported that Tevez will be the coach. “I have decided to coach,” Tevez said in a talk show after becoming coach. Honestly, I am very excited about this project.

Tevez announced his retirement on June 4. Speaking about retirement, Mr. Argentain said, “I have retired. That’s for sure.

I was offered a lot of offers, even from the United States. But I gave up everything. ‘

He last played for the national team of Argentina in 2015, Tevez played in the club of Brazil Boca Juniors jersey until 2021. 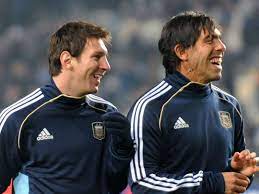 At the age of 36, Tevez commented that the game is difficult for him. The footballer also lost his father last year.

“The game was very difficult for me last year,” Tevez said. But the old man wanted to see me.

I quit the game because my number one fan is no more. ‘

Tevez started his career for Argentina in 2004. He won the Olympic gold medal that year. Although he has not achieved much for the senior team.

He was featured in the last 16 of the 2010 World Cup, scoring two goals against Mexico. There is an offside debate about which one goal.

The other goal was scored by Tevez from far outside the box, with a great shot and bullet speed.

Tevez has played for 9 clubs in his career. He started with Boca Juniors and stopped for the same club. He has occasionally played for Manchester United, Manchester City and Juventus.

Of these, fans in Boca Juniors, Man City and Juventus jerseys will probably remember him.

In addition to winning multiple leagues for the club, he has won 26 trophies.🔱

Tags: Tevez is the coach