Finally the rumors ended and the reality took shape. The Spanish giant Barcelona officially announced the signing of Robert Lewandowski.

Barca announced this news through an official statement on Saturday night. The club will sign the contract with the Polish star after the medical test.

Barcelona’s official statement did not mention the transfer fee. However, according to the report of popular football-based media Barca will spend 50 million euros to get Lewandowski from Bayern

Munich. Which is more than Tk 473 crore in Bangladeshi currency.

Lewandowski had one more year left on his contract with German club Bayern Munich. But at the end of last season, 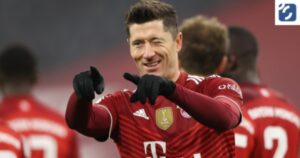 Lewandowski announced that he no longer wishes to stay at the club. However, Bayern tried hard to keep hold of the 33-year-old star striker.

But in the end, the German giant club could not cope with the player’s wishes. Behind this, however, there is a reason for financial satisfaction.

Bayern chief executive Oliver Kahn told the press, “Barcelona finally offered a good amount.” Which is acceptable to us.

Barcelona already have players like Pierre-Emerick Aubameyang, Ansu Fati, Ferran Torres in the attack. With them,

Barcelona increased their strength by taking Lewandowski into the team. Lewandowski scored 344 goals in 375 matches in Bayern’s jersey.